Born in Washington, D.C., in 1947, Kathleen Norris moved to Hawaii as a child. She inherited a rich religious legacy from her family. Her paternal grandparents were both born-again Christians, and her grandfather became a pastor. On her mother’s side, her grandfather was a physician while her grandmother was a woman of "quiet piety" whose Christian belief later illuminated Norris’s own spiritual journey.

Yet in spite of her religious upbringing, Norris veered away from the structured religion of her youth and became disaffected by the uproarious national social climate of the 60s. Her disaffection from church and the spiritual life continued while she was a student at Bennington College in Vermont. After her graduation in 1969, she moved to New York City and worked for the American Academy of Poets.

In 1974, Norris’s life took an unexpected turn when she inherited her grandparents’ farm. She and her husband, David Dwyer, also a poet, left a city of millions of people for Lemmon, South Dakota, a tiny town of 1,600. There she rediscovered her religious roots and began attending the small Presbyterian church her grandmother had been a member of for 60 years. She also made frequent visits to a nearby Benedictine monastery, where she delved even more deeply into the mystery and beauty of the Christian life.

As Norris’s faith grew, so did her commitment to Christian service. She served as a temporary pastor of Hope and Spencer Memorial Presbyterian Churches in Keldron and Lemmon, and has been an oblate, or lay associate, in the Benedictine Order since 1986. She also devoted two years to residence at the Ecumenical (now Collegeville) Institute at St. John’s Abbey in Collegeville, Minnesota.

Widowed in 2003, Kathleen Norris now divides her time between South Dakota and Honolulu, Hawaii, where she volunteers at an Episcopal church, cooks for a homeless shelter, and helps teach a spirituality class for teenagers. She travels to the mainland regularly to speak to students, medical professionals, social workers, and chaplains at colleges and universities, as well as churches and teaching hospitals. She has been the poetry editor of Spirituality & Health and the nonfiction editor of the Saint Katherine Review. She has received grants from both the Bush and Guggenheim Foundations. Kathleen Norris is recognized for her unique ability to synthesize secular and spiritual themes in linguistic harmony. 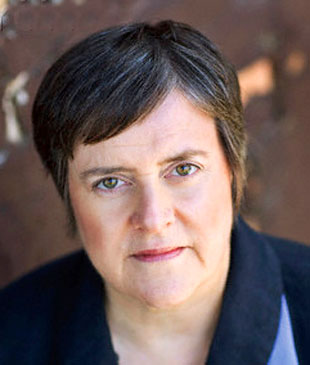