Jamal Rahman is a popular speaker on Islam, Sufi spirituality, and interfaith relations. Originally from Bangladesh, he is a graduate of the University of Oregon and the University of California, Berkeley. He has been featured in The New York Times, CBS News, the BBC, and various NPR programs. Cofounder and Muslim Sufi minister at Seattle's Interfaith Community Sanctuary and adjunct faculty at Seattle University, he is a former host of Interfaith Talk Radio and travels nationally and internationally, presenting at retreats and workshops.

Imam Jamal's passion lies in interfaith community building. He remains rooted in his Islamic tradition and cultivates a "spaciousness" by being open to the beauty and wisdom of other faiths. By authentically and appreciatively understanding other paths, Jamal feels that he becomes a better Muslim. This spaciousness is not about conversion but about completion. Since 9/11 Jamal has been collaborating with Rabbi Ted Falcon and Pastor Don Mackenzie. Affectionately known as the Interfaith Amigos, they tour the country sharing the message of spiritual inclusivity.

Imam Jamal has an abiding faith in the power of heart-to-heart connections to encompass differences and dissolve prejudices. He enjoys programs that celebrate life and unity through delight, laughter, and food. He has a private spiritual counseling practice serving individuals and couples, and is available for interfaith weddings and ceremonies. He offers a variety of classes and workshops, including the popular "Blush of the Beloved," a course in spiritual deepening and discernment drawing upon the practices, insights, and wisdom within Sufism, Hinduism, Buddhism, and Taoism. 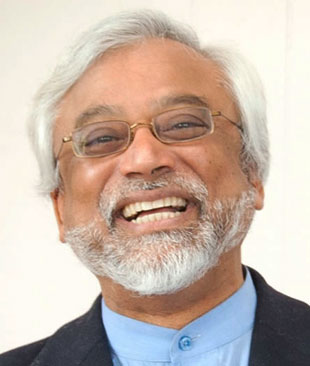