Donna Schaper was one of the first women ministers in the United Church of Christ, a liberal Protestant denomination. She studied at the the University of Chicago Divinity School and received her Masters of Divinity from the Lutheran Theological Seminary at Gettysburg in 1973. She soon became a key figure in the feminist movement within the church and campus ministry during the 1970s. She has served churches in Tucson, Arizona; Philadelphia, Philadelphia; Amherst, Massachusetts; Riverhead, New York; and Coral Gables, Florida. She was the Associate Chaplain at Yale University from 1976 - 1980.

In Chicago in the 1980s, she was the Executive Director of the Urban Academy in Chicago (now known as the Center for Public Ministry). In that position she struggled to change seminary education to include training in urban, public ministry, as well as more private pastoral ministry. In the 1993, she became the first woman Area Minister for the Massachusetts Conference of the United Church of Christ, with responsibility for 107 churches in the four western counties of Massachusetts. During that time, she edited the UCC's newsletter for peace and justice ministries.

Schaper is now senior minister at Judson Memorial Church in New York City, where, in addition to her preaching and pastoral ministry, she has initiated a training program for seminarians interested in public ministry. She is also a consultant for Bricks Without Straw, which aids congregations and nonprofits in fundraising, conflict management, and making a little go a long way.

Schaper is one of the most widely published women ministers in the country, especially within the mainline church. Since the late 1980s, she has authored 18 books on everything from becoming 40, to understanding Sabbath, to spiritual rock gardening, to the differences between male and female ministerial styles, to devotional guides to different Christian seasons (Advent, Lenten, and the like). In addition, she has written hundreds of sermons, articles, and meditations. 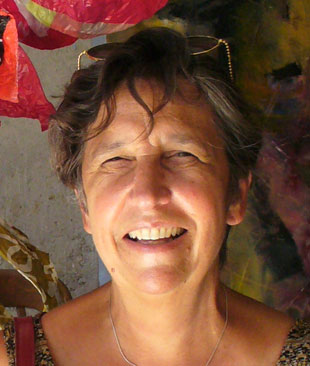