Marcus Borg went to his eternal rest on January 21, 2015. For many people, including us, this progressive Christian theologian enabled us to "meet Jesus again for the first time" and embrace the "God we never knew" of panentheism. After reading his books, we could affirm both our Christian roots and our interreligious visions. For many who now consider themselves Spiritually Independent, Borg provided a bridge to a vibrant, accessible, and hospitable Christianity. He wrote about the heart of Christianity, and our hearts are grateful for his every word. - Frederic and Mary Ann Brussat

Marcus J. Borg grew up in North Dakota and was educated at Concordia College in Minnesota, Union Theological Seminary in New York, Oxford University in England, and the University of Tubingen in Germany. He taught at Oregon State University for 28 years where he held the Hundere Chair of Religion and Culture at the time of his retirement in 2007. He served as a Canon Theologian at Trinity Episcopal Cathedral in Portland, Oregon. He also held positions at Concordia College, South Dakota State University, and Carleton College. He received major awards for outstanding teaching.

Borg was a Fellow of the Jesus Seminar, a group of scholars examining the historical accuracy of the words and deeds attributed to Jesus, and also the New Testament columnist for Bible Review. He was the national chairperson of the Historical Jesus Section of the Society of Biblical Literature, the oldest and largest association of biblical scholars in the United States, co-chair of the New Testament Program Committee of the International Society of Biblical Literature, and president of the Anglican Association of Biblical Scholars.

Deeply involved in the life of the Episcopal Church, he has taught both clergy and lay people for over 30 years. The New York Times has described him as "a leading figure among a new generation of Jesus scholars."
Borg was the author of 21 books, several of which were bestsellers. He also collaborated with other religious scholars for books on Jesus, God, and the teachings of other world religions. He lectured widely overseas (England, Scotland, Austria, Germany, Belgium, Hungary, Israel, South Africa, Sweden, and Australia) and in North America, including the Chautauqua and Smithsonian institutions.

Marcus Borg was a breath of fresh air in the musty halls of Christian scholarship and biblical studies. In most of his books, you will find illustrations from his spiritual autobiography that keep his insights and overviews grounded in real life. He had a knack for clarifying difficult theological issues and writing in a pensive style that is accessible to clergy, laity, and seekers of all stripes. Almost single-handedly among progressives, Borg opened up new avenues of experience and thought for lapsed Christians or nonbelievers interested in re-visioning the Christianity of their childhood. He wrote clearly and concisely about the meaning of wisdom, compassion, justice, the kingdom of God, and life as a journey of transformation. His books boldly take us into fresh fields of wonder, mystery, and passion in regard to Jesus, God, the Bible, and the Christian way.

• A Christian perspective on the spiritual practice of transformation. 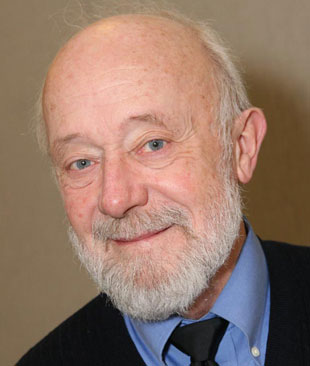