Gabrielle Roth was an author, internationally renowned theater director, philosopher, recording artist, and dancer. She is best known for creating The 5Rhythms, her own form of ecstatic dance, a poetic and practical practice that directly addresses the divorce of body from heart and heart from mind by tapping into the natural rhythms of life.

Roth was born in San Francisco in 1941. From a very early age she was drawn to healing and dance. She trained in traditional dance methods and, to pay for her college education, taught dance and drama to kids, older adults, and others in what she called the "fringes of society." Following college she lived and worked in Europe. In Spain upon seeing the gypsy dancer La Chunga she had a life changing experience which would propel her to explore her own language of movement and dance.

At 26, she was told that she needed surgery for an old injury and wouldn't be able to dance again. She entered a depression and retreated to Big Sur in California, joining a group at the Esalen Institute to take part in sensitivity training. While there Gestalt psychiatrist Fritz Perls asked her to teach dance; she eventually became the movement-specialist-in-residence at Esalen. Here she created the foundation for her future work as she found a structure for dance as a transformative process. This work, as well as her exploration of creative movement in other experimental ways and situations, helped her formulate the maps which birthed the "Wave" of the 5Rhythms approach.

Roth went on to work at the Kripalu Center for Yoga & Health and at the Omega Institute for Holistic Studies. She also founded an experimental theatre company in New York, 5RT, created over 20 albums of trance dance music with her band The Mirrors, and directed several videos.

She was known as the "urban shaman" and for more than 50 years she worked to heal the deadening split between spirit and flesh. Her international institute, The Moving Center, oversees the teaching of her work throughout the world, and has certified over 300 teachers. Roth's slogan, "Sweat Your Prayers," epitomized her approach to both her movement workshops and recordings, released on her Raven Recording label. 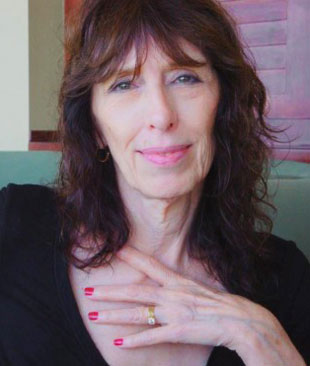