Edward Hays died Sunday April 3, 2016, at St. Luke’s Hospice in Kansas City, Missouri, after a fall in his home. Father Mark Mertes, a fellow priest in the Archdiocese of Kansas City in Kansas, delivered the homily at the Mass of Christian Burial held on Friday, April 8th. His longtime spiritual friend and publisher, Tom Turkle, shared that on the back of Ed’s memorial card was printed the last entry from his book Psalms for Zero Gravity. "It was not only superbly and joyously fitting for him personally … but was also appropriately titled The Last Psalm." Equally fitting is Hays's last blog post, written during Easter Week, in which he contemplated the "door of death." He proposed new final words for the dying Jesus, quoting Elizabeth Kubler-Ross: "I'm going out dancing among the galaxies." Those were his last written words.

Edward Hays was a dear friend to Spirituality & Practice and this website, although we never met him face-to-face. His many books inspired us to embrace a vibrant, creative, ever fresh vision of Christianity. His prayers, psalms, and practices are threaded through our articles and Naming the Days features.

Personally, Ed Hays was an important companion on our spiritual journeys. For years, Mary Ann started her day with devotions from his Prayers for a Planetary Pilgrim, and the prayer pebbles he encouraged her to use remain a part of her practice. For Frederic, who has always affirmed the role of the imagination in a life of faith, Hays was a mentor and inspiration; his creativity knew no bounds. When we were writing our books Spiritual Literacy and Spiritual Rx, we turned often to his books to draw upon his wide-ranging names for God for our own references to the Blessed One. We have said goodbye to all our cats with one of his prayers and used his blessings for our Christmas trees, candles, and new home. We display his artwork, which he graciously sent us over the years, in our home and office; The Spirit of Christmas is a particular favorite.

The pages of this profile point you to our reviews of his books, some quotes, his website and blog, and other resources. You will find even more, including many spiritual practices, from this link.

About another favorite book, Prayer Notes to a Friend, we wrote of Hays: "There is no one in Christendom today who has so consistently, zealously, and creatively wed spiritual practice with imagination in ways that deepen and enrich our devotional life and everyday activities." He was a companion to our souls. We treasure all we learned from him, and will always be grateful for his presence in our lives.

Edward Hays was a storyteller, artist, and the author of more than 35 books on prayer and spirituality. He was ordained a priest for the Archdiocese of Kansas City in Kansas on May 31, 1958. He was an associate pastor at Christ the King Church, Kansas City, Kan., and Assumption Church, Topeka. In 1964 he became pastor at St. Dominic Church, Holton. After years in the parish ministryhe made an extended prayer pilgrimage to the Near East, Israel, and India. He then became director of Shantivanam Archdiocesan House of Prayer, a contemplative center (now Christ’s Peace House of Prayer). Beginning in 1996 he spent five years as the chaplain at the Kansas State Correctional Facility, Lansing. He retired from the active priesthood in 2001. He continued to write books and a blog.

Over his long and illustrious writing career, Hays was a pioneer manifesting a daring mystical sensibility and an unbridled imagination that makes his vision of Christianity consistently fresh and invigorating. He creatively used parables and stories to discern God’s presence within the precincts of everyday life. He often presented startling images for believers — tears are "prayer beads," a question mark is a "holy symbol," sleep is "a sacrament as God’s Good Night News," and a smile is "an outward sign of a laughing soul."

Hays was also a forerunner of the interspirituality movement. His prayer and psalm books include prayers and stories modeled on Buddhist, Native American, Islamic, Hindu, Judaic, and Taoist traditions. All of his books are graced with an appreciation for all the world’s religions, popular culture, and humor. He tutored thousands of believers in ways to become "artists of prayer." 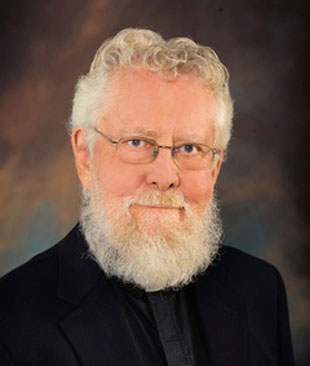