Bradford Keeney, Ph.D. has been recognized as an elder shaker and teacher in cultures around the world. He was mentored by anthropologist Gregory Bateson, cybernetic scientist Heinz von Foerster, and experiential psychotherapist Carl Whitaker.

Keeney is also an accomplished psychotherapist. In addition to directing doctoral programs in family therapy, he has worked at some of the most highly respected psychotherapy institutes, including the Ackerman Institute, the Karl Menninger Center, and the Philadelphia Child Guidance Clinic at the University of Pennsylvania. He is the originator of several orientations to psychotherapy ("creative therapy," "improvisational therapy," and "resource focused therapy") and the inventor of a research method that discerns pattern in conversation ("recursive frame analysis").

Keeney was at the height of his speaking, teaching, and performing career when, following a riveting performance by jazz guitarist Al Di Meola at the Miami Arena, he made the radical decision to abandon public work in order to devote himself to absorbing and recording the fast-disappearing wisdom and practices of the world's traditional healing cultures. For over a decade, he traveled the globe, dancing, listening, and living with spiritual teachers, shamans, healers, and medicine people who trusted him to share their teachings. 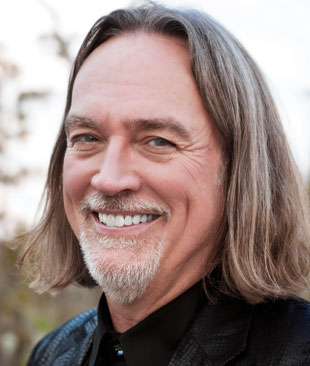