Brian D. McLaren is an author, speaker, activist, and public theologian. A former college English teacher and pastor, he is a passionate advocate for “a new kind of Christianity” – just, generous, and working with people of all faiths for the common good. He is a faculty member of The Living School and podcaster with Learning How to See, which are part of the Center for Action and Contemplation. He is also an Auburn Senior Fellow and is a co-host of Southern Lights.

Born in 1956, he graduated from University of Maryland with degrees in English (BA, 1978, and MA, 1981). His academic interests included Medieval drama, Romantic poets, modern philosophical literature, and the novels of Dr. Walker Percy. In 2004, he was awarded a Doctor of Divinity Degree (honoris causa) from Carey Theological Seminary in Vancouver, BC, Canada, and in 2010, he received a second honorary doctorate from Virginia Theological Seminary (Episcopal).

From 1978 to 1986, McLaren taught college English, and in 1982, he helped form Cedar Ridge Community Church, an innovative, nondenominational church in the Baltimore-Washington region. He left higher education to serve as the church's founding pastor from 1986 to 2006.

Brian has been active in networking and mentoring church planters and pastors since the mid 1980’s, and has assisted in the development of several new churches. He is a popular conference speaker and a frequent guest lecturer for denominational and ecumenical leadership gatherings – across the US and Canada, Latin America, Europe, Africa, and Asia. His public speaking covers a broad range of topics including postmodern thought and culture, Biblical studies, church leadership and spiritual formation, pastoral survival and burnout, inter-religious dialogue, and global crises. He has taught or lectured at many seminaries and at denominational and interfaith gatherings.

Brian is married to Grace, and they have four adult children and five grandchildren. His personal interests include wildlife and ecology, fly fishing and kayaking, music and songwriting, and literature. 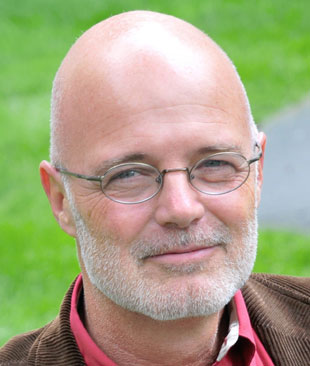