Anger Management by Chagdud Tulku suggests imagining the scenarios that make you angry so you'll have a chance to respond differently in actual situations.

Being Slow to Anger by Alan Morinis offers insight into a considered response instead of a rash act.

Break Open Our Hearts by Frances Goulart and Mary Lou Kownacki provides a prayer for the pairing of righteous anger with justice action and options for practice.

Defusing Anger by Thich Nhat Hanh recommends a novel idea for transforming your anger at someone.

Diverting Yourself by Joseph Telushkin advises a diversionary tactic for when you're obsessing about someone.

Feel the Air on Your Face by Brenda Shoshanna provides directions for finding calm in the midst of stormy emotions.

Gatha for Anger by Barbara Ann Kipfer offers an affirmation to counter the destructive forces of anger.

How Does Anger Manifest? by Brenda Shoshanna encourages a written reflection to reduce anger's harmful effects.

Humility as an Antidote to Anger by Joseph Telushkin conveys three helpful reminders to remedy a bad temper.

I Am More Than This! by Franz Metcalf recommends a short technique for remembering who you really are in the face of strong emotions.

Let Me Think About That by Allan Lokos prevents us from making quick decisions that we might regret later.

Letting People Off the Hook by Allan Lokos counsels just letting it go.

Lock and Unlock Your Anger by Bradford Keeney presents an original idea for managing and releasing your anger.

Nonretaliation or Forgiveness by Robert Thurman advises meditation on the worst scenarios you can imagine as practice for daily encounters.

Notice Dislike by Jan Chozen Bays instructs us to notice negative feelings and their context.

Not Lashing Out by Brenda Shoshanna offers a perspective on anger than can help us stay centered.

Preventing the Explosion by Chagdud Tulka suggests using a reminder of the impermanence of words and actions to short-circuit our reactions.

Recognizing the Presence of Anger by Jean Smith advocates for noticing before acting and offers a mantra/prayer to help us do so.

Reframe the Way You See Those Who Provoke You by Joseph Telushkin encourages compassion and pity for the person who irritates you.

Responding from a Place of Calm by Alan Morinis offers wisdom about calm and thoughtful responses to situations that anger us.

See Anger as a Force of Nature by Flora Slossen Weullner and Kent Ira Groff instructs us to use our imagination to transform our anger.

Seek Right Action by Bernie Siegel asserts the value of being the person who behaves the way you'd like others to behave.

Speak in a Low Voice by Yitzhak Buxbaum provides a method for protecting yourself from anger and attaining patience.

The Tactic of Delay by Yitzhak Buxbaum counsels an approach that can bring calm and an appropriate response to upset.

Visualize Your Adversary in Kindness by Lewis Richmond recommends an act of focused, intentional imagination to gain insight and transform your feelings.

Watch Your Tongue by Frederic Brussat provides a perspective that is sure to curb your tongue.

Working with Anger by Ezra Bayda beckons us to a weekly practice that will heighten our self-awareness and help dissolve our anger. 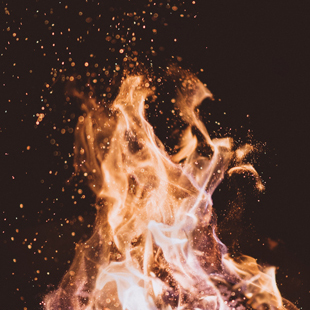