Directed by Cristian Mungiu
A riveting and realistic Romanian film about an abortion and a young woman who proves that friendship is the crown of life.

Gabita (Laura Vasiliu) and Otilia (Anamaria Marinca) are roommates in a ramshackle college dorm in Romania in 1987. It is a very big day for Gabita and so her responsible friend is willing to do everything she can to help her — getting soap, cigarettes, even borrowing money for her. It's clear that Gabita doesn't do well handling even the most simple tasks. She sends Otilia to get a hotel room and to meet Mr. Bebe (Vlad Ivanov), an illegal abortionist with whom she has talked on the phone. He is upset when he learns that the hotel has been switched from the one where he usually does the procedure. Olilia get very nervous about trusting him when she observes him berating his elderly mother outside a building. It is obvious that he is a bully and has a short temper.

Her worst fears are confirmed when Mr. Bebe learns that Gabita lied about the length of her pregnancy. In exchange for the higher rate of the abortion, he wants to have sex with both Gabita and Otilia. The question is whether Otilia will submit to this shameful choice to help her friend. She does and afterwards she is appalled by the rage she feels toward Mr. Bebe. He inserts a probe to bring on an abortion and orders Gabita to rest in bed until the fetus is expelled from her body.

Otilia has promised her boyfriend, Adi (Alex Potocean), that she would stop by to meet his parents at a birthday party for his mother. When she arrives, her mood is sober. The conversation at the table just takes a detour and goes around her sullen presence. To make matters worse, someone criticizes her for asking for a cigarette and goes into a tirade about the disrespect of the younger generation. Otilia exits to Adi's room and tells him about the abortion and then asks him about his level of commitment to her. She leaves more angry than she was when she arrived. Back at the hotel, Gabita has put the fetus in a towel and wants Otilia to go bury it somewhere. In this final assignment, she experiences large doses of fear and guilt since there is a prison sentence for abortion in Romania.

4 Months, 3 Weeks and 2 Days won the Palme d'Or at the 2007 Cannes Film Festival. There is a gritty realism to the drama similar to The Death of Mr. Lazarescu. Both Romanian dramas were shot by Oleg Mutu. This 24-hour journey into darkness probes the vulnerability of these two women in the face of a power-hungry man who manipulates them and gets what he wants. What's amazing is Otilia's stout-hearted understanding of what it means to be a friend. She is willing and able to go way beyond the call of duty and companionship for Gabita, who shows hardly any appreciation for her good deeds. But then selfless giving, with no expectation or need for thanks in return, is what gives a spiritual quality to helping another. In this absorbing film friendship is the crown of life.

Special DVD features include one month with 4 Months, 3 Weeks and 2 Days: a documentary film by Sorin Avram; an interview with writer/director/producer Cristian Mungiu; and an interview with cinematographer Oleg Mutu. 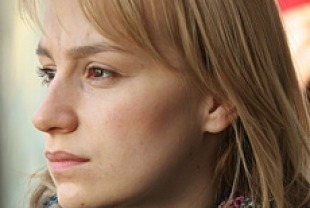 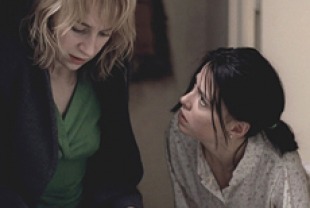