Directed by Brett Morgen
An unusual documentary about protesters against the Vietnam War with an important message about defending dissent and free speech.

Some cultural commentators today wonder why there is no vociferous youth counter-culture to vigorously protest the war in Iraq as the Yippies four decades ago in Chicago protested the Vietnam War during the Democratic Convention. Certainly that question is present, though unspoken, in this unusual documentary written and directed by Brett Morgen.

In 1968 anti-Vietnam war protesters gathered in the city to demonstrate outside the convention center where the Democrats were choosing their presidential nominee. Mayor Daley, who viewed them as thugs and hooligans, brought out the Chicago Police Department in full force, and thousands of citizens were beaten. Witnessing the clash, television news anchor Walter Cronkite declared on his live broadcast that the city was like "a police state."

Instead of the usual talking heads approach of historical documentaries, Morgen moves back and forth between the conflicts on the streets of Chicago and the trial a year later of eight counter-culture leaders including Abbie Hoffman (voiced by Hank Azaria), Jerry Rubin (Mark Ruffalo), David Dellinger (Dylan Baker), and others. Seven of the defendants are represented by Leonard Weinglass and William Kunstler (Liev Schreiber) who knocked heads with the prosecution attorney Thomas Foran (Nick Nolte). The eighth defendant, Bobby Seale (Jeffrey Wright), co-chair of the Black Panther Party, who wanted to defend himself, was eventually bound, gagged, and handcuffed to his chair on orders from Judge Julius Hoffman (Roy Scheider) whose strong armed tactics infuriated those present in the courtroom.

The creative use of capture-motion animation of these characters reveals the surreal nature of the trial and the robust clash of values between the antiwar activists and the forces of law and order. One comes away from Chicago 10 with a fresh appreciation for the energy and the ethical clout that is needed to defend free speech and dissent in a country that much prefers law and order to diversity. 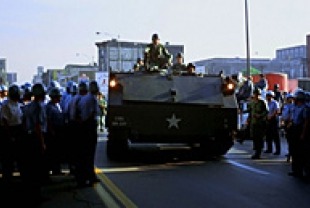 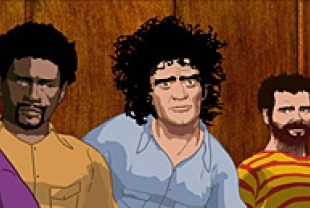 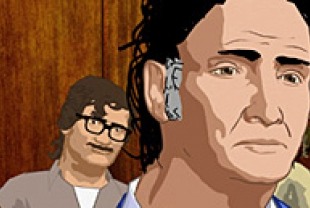 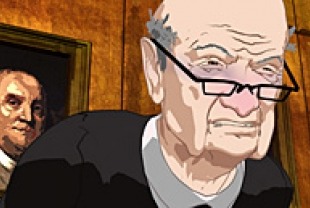