Directed by Gus Van Sant
A superlative biopicture about the gay activist who worked tirelessly for the rights of gays, lesbians, bisexuals, and transgender individuals.

Gus Van Sant (Finding Forrester, Paranoid Park) directs this superlative biopicture about Harvey Milk, the San Francisco politician who was the first openly gay man elected to a major U.S. public office. He was a charismatic leader who fought long and hard for gay rights in a society rocked by homophobic hatred.

Sean Penn won the Best Actor Academy Award for his performance as this empathetic man whose message of change and hope was manna in the wilderness to gays, lesbians, bisexuals, and transsexual individuals all across America. He spoke truth to power and paid the ultimate price. The vigorous and polished screenplay by Dustin Lance Black covers the last eight years of Milk's life before his assassination in 1978. In 1999, Time magazine named Harvey Milk as one of the "Time 100 Heroes and Icons" of the 20th Century.

In the opening scene, Milk (Sean Penn) is seen writing his will a few months before his untimely death. He notes: "I fully realize that a person who stands for what I stand for — an activist, a gay activist — becomes a target or the potential target for somebody who is insecure, terrified, afraid, or very disturbed themselves." In New York City, the 40-year-old Milk meets and falls in love with Scott Smith (James Franco), and they move to San Francisco where they set up Castro Camera, a small business in a working-class neighborhood. The place becomes a hub for gays who bond together to make the area a center of communal solidarity.

With the moral support of Scott and a loyal band of friends and volunteers, Milk decides to run for political office: twice for the San Francisco Board of Supervisors and once for California State Assembly. Although losing three times in a row, he learns the tricks of campaigning and the rigors of maintaining alliances. He is a mentor to Cleve Jones (Emile Hirsch), a street activist, but he earns the ire of Advocate publisher David Goodstein (Zvi Howard Rosenman). Milk does find a sympathetic presence in the mayor of San Francisco, George Moscone (Victor Garber). Along the way to winning public office, this busy activist laments the end of his affair with Scott and begins a romantic relationship with Jack Lira (Diego Luna), a Mexican who constantly frets about his lover's lack of time for him.

In 1977, Milk is elected supervisor for the newly zoned District Five. In the same year, Anita Bryant wins her campaign to overturn a gay rights ordinance in Dade County, Florida, and initiates a national crusade against the gay community which is heavily backed by Christian fundamentalists. Taking a cue from this movement, California State Senator John Briggs sponsors Proposition 6 seeking to ban gays from teaching in California public schools and to remove known homosexuals and their supporters from their posts. Milk rallies support against Proposition 6 from many different leaders and it is defeated.

At the height of his power and influence, this gay activist clashes with Dan White (Josh Brolin), a supervisor elected at the same time. He represents a working-class district and adheres to his Catholic faith which compels him to oppose Milk's gay agenda. Several crucial scenes in the film convey the clash between these two men and the terrible intertwining of their destinies.

This film's release is very timely. On the same day that Barack Obama was elected president of the United States, seen as a sign of hope around the world, Proposition 8 passed in California, banning same-sex marriage, a setback for the movement to secure and protect gay rights. We know where Milk would have stood on Prop 8. May his story inspire others to carry on his work. 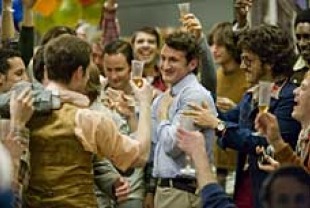 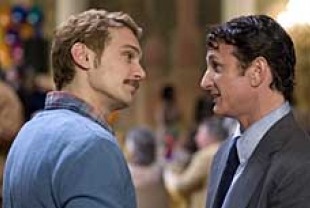 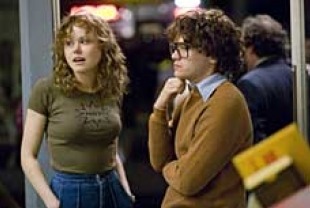 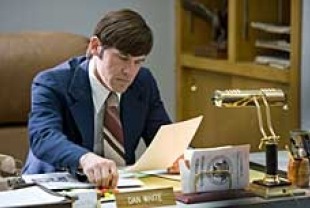 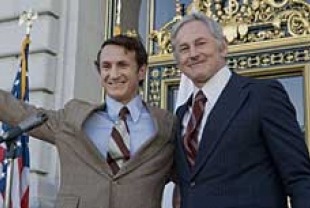