Youssou N'dour: I Bring What I Love

Directed by Chai Vasarhelyi
An edifying cinematic exploration of the soul of a big-hearted African Sufi singer.

"One afternoon, a musician was playing the violin and the Master was listening with great pleasure. A friend entered and said, 'Stop this. They are announcing the afternoon prayer.'

" 'No,' said Rumi. 'This also is the afternoon prayer. They both talk to God. He wants the one externally for His service and the other for His love and knowledge.' "

Youssou N'dour is the most famous Sufi singer in the world. He is a member of the large Islamic Sufi order known as the Mouride Brotherhood, established by Cheikh Amadou Bamba, a 19th century Senagalese teacher of the Qur'an, who preached a life of peace, dignity and hard work as the keys to salvation. In 2007, N'dour was named one of the 100 Most Influential People in the World by Time Magazine which cited the "grooves, the emotion and the melodies, but most of all, that voice, a passionate instrument." As the highest-selling African pop musician of all time, he has released more than 30 albums.

"Each human personality is like a piece of music, having an individual tone and a rhythm of its own."
— Hazrat Inayat Khan, Sufi mystic

In this extraordinary documentary, director Chai Vasarhelyi presents a rounded and engaging look at this gifted singer using many scenes from his concerts in Africa, Europe, and the United States. Youssou was born in Dakar, the capital of Senegal. He comes from a long line of griots — singers/storytellers able to touch people's hearts and minds with their poignant songs about current events, politics, fables, traditions, emotions, and more. For a time, Youssou was raised by his elderly maternal grandmother, a griot singer, and this documentary is offered as a tribute to her. He praises her in a melodic ballad, and as we listened, we were moved by his respect for her and the things she taught him.

The filmmaker slowly unfolds the creativity of this pioneer of Afropop and World Music that combines the griot tradition with heavily syncopated urban Senegalese dance rhythms and diverse elements from American jazz, soul, and rock. From the beginning, he made social action part of his music, expressing his concerns for justice and human rights. By the 1980s, Youssou had become an international pop star playing on Paul Simon's Graceland; singing "In Your Eyes," a duet with Peter Gabriel; and participating in the Amnesty International "Human Rights Now!" Tour as a headliner with Sting and Bruce Springsteen.

Over the years, Youssou's activism has extended well beyond the concert stage. In 1989 he was appointed as a UNICEF Ambassador and emerged as a spokesman in the fight against malaria and HIV/AIDs in Africa. He also founded the Youssou N'dour Foundation – Youth Network for Development, which aims to create an equitable and viable world for Africans, particularly for vulnerable children and youth. He currently serves on the Policy Advisory Board for One, a grassroots campaign and advocacy organization backed by more than two million people who are committed to the fight against extreme poverty and preventable disease, particularly in Africa.

"There is nothing better than music as a means for the upliftment of the soul."
— Hazrat Inayat Khan, Sufi mystic

Hazrat Inayat Khan's words beautifully capture Youssou's understanding of the moral and ethical firepower of music. Many of his songs chart a new vision of Africa as a place where dignity is cherished and culture deepens and enriches the lives of its diverse peoples. There are also ballads about the spiritual qualities of faith, love, and unity. Youssou is completely honest about the importance of these precious human qualities which are heralded in his music as part of his calling to uplift the souls of all who hear him sing.

"People need to see that, far from being an obstacle, the world's diversity of languages, religions and traditions is a great treasure, affording precious opportunities to recognize ourselves in others."
— Youssou N'dour

Lauded for his global activism and his championing of African culture, "the man with the golden voice," as he is sometimes called, has another mission, which is charted in this documentary. He wants to promote the role of music in religion. Specifically, he seeks to use his singing to present a positive view of Islam to the world and to reflect his own devotion to Sufi saints who modeled for him and others a beautiful and compassionate way of living.

The documentary shows him going to Egypt with this goal in mind to record an album with Cairo's famed Fathy Salam Orchestra. His singing style for the Egypt album is inspired by Umm Kulthum, one of that country's most popular vocalists known for her emotional expressiveness. The project is finished just before the tragic events of 9/11, and Youssou postpones its release until 2004; it has its premier at the Fez Festival of World Music in Morocco, where it receives a standing ovation. He sees it as a bridging work that is promoting the concept of people coming together.

While this passionate work is well received in Europe and America, religious authorities in Senegal react unfavorably to the album. They complain that he released it during the holy month of Ramadan. They question whether a pop singer should be singing about the saints. When Youssou and his crew go to the city of Touba, where millions travel on pilgrimage each year to visit the shrine of Cheikh Amadou Bamba, he gets permission of the local religious authorities to film there. But rumors still spread that he is bringing naked dancing girls in to desecrate the sacred sites. The backlash against the album only makes Youssou more determined to sing about his faith.

In 2005, Youssou wins a Grammy for Egypt, an honor that brings pride and joy to his country. He is heralded as a national hero and given a reception by the country's president. This is a turning point. Now he is able to do what he wants and bring his expression of his Islamic faith to a new level. He records a duet with Mustapha M'baye, a highly respected religious griot singer, in which they praise the Prophet Muhammad. This recording and their subsequent concerts together enable many devout Muslims to see the true spiritual intent behind the Egypt album.

Youssou N'dour: I Bring What I Love is a soulful portrait of a big-hearted African Sufi singer who has used his exceptional talent and creativity to make a better world. But most of all, it is an inspiring and edifying cinematic exploration of the power of music to express religious devotion — a way to talk to God.

Special features on the DVD include a rehearsal for the first live performances of Egypt; "Ansak" - homage to Umm Kulthum; "Birima" performance; a visit with Wyclef Jean; recording "The Messenger" with griot singer Moustapha M'baye; and an Oxfam photo shoot. 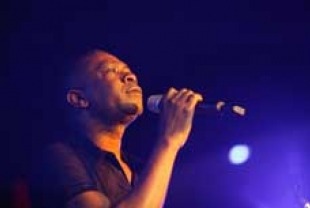 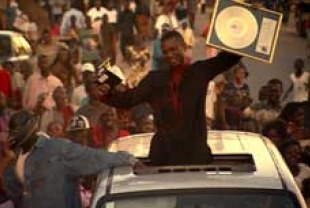