Directed by Josh Trank
A scary and sad movie about a victim of bullies who becomes what he hates most when he gets some mysterious superpowers.

Andrew (Dane De Haan) is a shy and anxious teenager who lives in Seattle with his unemployed father (Michael Kelly) and his gravely ill mother (Bo Petersen). His alcoholic and violent dad takes out his frustration and anger on Andrew. In addition, this weak-willed loner is the target for bullies on his block and at school.

Andrew's only friend in the world is his older cousin Matt (Alex Russell) who likes to use big words and quote Jung and Schopenhauer. But even he is taken aback when Andrew starts carrying a camera around with him wherever he goes and films everything he sees. Now he's thought to be even more weird than before.

One day while Andrew is out with Matt and Steve (Michael B. Jordan), a charismatic African American who is very popular at school, they come across a hole in the ground that ends in a small cave. Steve leads the way as they go exploring. They come upon a mysterious substance, and after exposure to it, discover they have superpowers.

The experience marks a turning point in Andrew's isolated life. He is bonded with Max and Steve in a new adventure that opens him up to new possibilities. At first, they are entranced by their telekinetic powers which enables them to maneuver Lego pieces, send grocery carts down the aisle, animate a teddy bear off the shelf, and move a parked car. In order to boost Andrew's popularity, Steve works with him on a talent-show skit where he shows off his telekinetic abilities to an impressed crowd of his peers. Matt, feeling very confident and energized, begins romancing a blonde who is into filming segments for her blog. But he is worried about his cousin who seems willing to use his powers to harm those he sees as enemies.

Chronicle offers a fresh take on the worn-out superhero formula that has animated so many big-budget films based on comic books. Here director Joshus Trank and screenplay writer Max Landis have fashioned a convincing morality play about fear, friendship, power, and ethical restraint. From the first scene of the film, we are taken into the lives of three teenage boys who stumble upon something that changes them and their relationships.

The key to what happens in the chilling closing scenes of Chronicle is the fear that takes over the soul and consciousness of Andrew. Fear is a tyrant in the lives of those who are bullied. But within many of these victims is a voracious bully in the making once they are transformed by power. This is scary and very sad thing to see.

Special features on the Two-Disc Blu-ray/DVD Combo include an unrated director's cut; a deleted scene — Matt and Casey in Kitchen; a camera test; the theatrical trailer; and Chronicle soundtrack information. 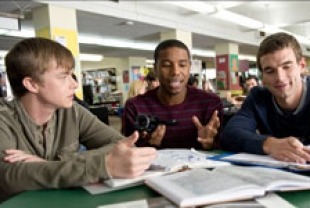 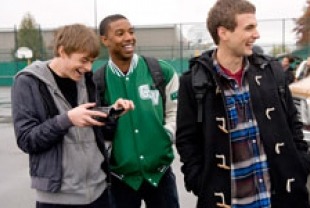 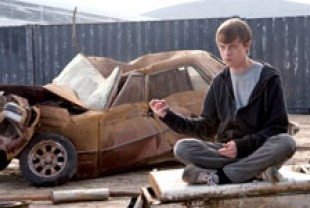 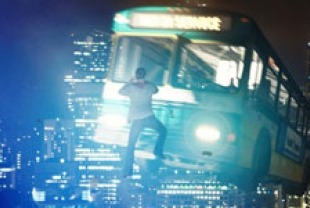