Directed by Mira Nair
An emotionally vibrant story of the scourge of terrorism, the nightmare of fundamentalism and terrible results of xenophobia.

"Fundamentalism is now part of the modern world," writes Karen Armstrong, one of the foremost commentators on religious affairs. "It represents disappointment, alienation, and anxiety." Islamic fundamentalists operate with closed minds and clenched fists, seeing themselves in a holy war against America. And looking deeply at the post-9/11 mood in the United States, we see that it has morphed into hatred and prejudice against Muslims, a secular brand of fundamentalism taking the form of anti-terrorism campaigns around the world.

In both brands of fundamentalism, there has been a hardening of the hearts of zealots who believe in the righteousness of their cause and who are willing to do anything it takes to win the war against their enemies. Very few feature films have taken on the challenge of looking at the scary similarities between the Islamists and the anti-terrorism activists. Mira Nair, always a bold and immensely creative filmmaker , has taken on this challenge by bringing to the screen an adaptation of Mohsin Hamid's novel; it is a riveting depiction of extremism in our world and the global danger it poses for all of us.

In 2010, there are student demonstrations in Lahore, Pakistan, against American oppression. Changez Khan (Riz Almed) is a popular and controversial teacher who agrees to be interviewed by Bobby Lincoln (Liev Schreiber), an American journalist. He tells him about growing up in a family where the father (Om Puri) was a nationally known poet; his success at Princeton; and his winning a spot at a prestigious New York valuation firm. This is in part due to his brilliance being appreciated by Jim Cross (Kiefer Sutherland), who becomes his mentor at the firm and is responsible for making Changez the youngest individual to ever become an associate.

At this stage in his life, this Pakistani says with all honesty to the journalist, "I am a lover of America." Changez begins an affair in New York with Erica (Kate Hudson), a quirky photographer from a wealthy family who is still mourning the death of her boyfriend several months ago. But the upward mobility of this outsider is destroyed by the 9/11 attack on the Twin Towers. At the airport he is given a humiliating strip search and later in Manhattan, he is hauled off to the police station for abrasive questioning on the assumption that he is a terrorist.

The emotional vibrancy we have come to expect in the movies of director Mira Nair is alive and well in her depiction of the American Dream as experienced by Changez. We viscerally feel his devastation and disappointment as a victim of xenophobia.

We won't reveal the surprising events and revelations stemming from Bobby's interview with Changez, who tells him early in their conversation that "Looks can be deceiving." In any dialogue we have with those with different perspectives we need an open mind and a softened heart. These spiritual faculties are in short-supply in our confrontational society where so many people still divide the world into good and bad guys. Nair disabuses of that bad habit and points the way to other options.

Special features on the DVD include Making Of; Trailer. 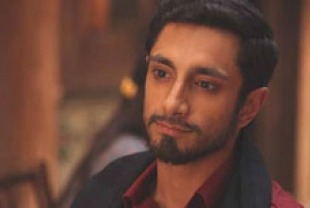 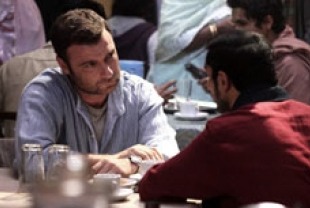 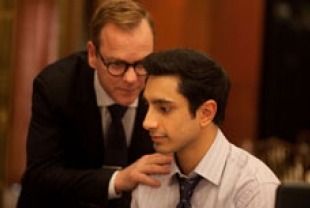 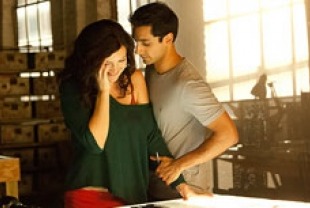