A Prayer of Transition
(for use before viewing Call the Midwife)

"Ever-present God,
You call us on a journey to a place we do not know.
We are not where we started.
We have not reached our destination.
We are not sure where we are or who we are.
This is not a comfortable place.
Be among us, we pray.
Calm our fears, save us from discouragement,
and help us to stay on course.
Open our hearts to your guidance so that
our journey to this
unknown place continues as a journey of trust."

The late Jennifer Worth wrote Call the Midwife as the first in a trilogy of memoirs about her work as a district nurse and midwife in the East End of London during the 1950s. Writer and producer Heidi Thomas has adapted it into a television series, which aired in England on the BBC and in the United States on PBS. Series One, consisting of six episodes, is now available on DVD and streaming from PBS. Series Two, which has already been broadcast in England, premieres on March 31, 2013, on PBS; the DVD will be available later in the spring.

This is one of the most spiritual television series ever to reach a large global audience, and it is a pleasure for us as reviewers of resources for spiritual journeys to whole-heartedly recommend Call the Midwife to you and your family and friends.

We suggest that you read the above "Prayer for Transition" before you watch the first episode. It's a way to connect with the experience of the lead character, Nurse Jenny Lee (Jessica Raine). She is embarking on a new life in a place that is unfamiliar to her, and she must summon all her courage and trust as she adjusts its challenges. We see her walking uneasily through a London slum, suitcase in hand, during a time of day when the streets are filled with men. In a voice-over, the mature Jenny (Vanessa Redgrave) comments on this ardent young woman's feelings and her varied responses to what will prove to be a testing ground for her values, self-understanding, and soulful vision.

It becomes clear as the first episode unfolds that this is a transitional period in Jenny's life and she doesn't quite know what to make of it. This sensitive and serious young woman has become a midwife in order to help others.

Midwives and Childbirth
In Europe, there is a long and honorable tradition of midwives, women who support the natural birthing process. But during a period from around 1400 through 1800, "witch hunts" resulted in more than 120,000 women being killed, including a large number of midwives. From 1900 to 1930, the American medical establishment led a campaign to get rid of midwives, labeling them "a relic of the barbaric past."

Call the Midwife takes place in the 1950s after the National Health Service had been established in the United Kingdom. Free services for the prevention and cure of disease meant that midwives and nurses were available to poor women throughout the country, including London's East End, the setting for the series. For many of these mothers, going to pregnancy clinics and having midwives attend births was their first experience of medical care.

In our time, childbirth usually takes place in a hospital, seldom at home. As a result, many women and men have little awareness of this experience. Call the Midwife is not only a fascinating period drama, it also is a wide-ranging tutorial on pregnancy, childbirth, and midwifery.

A real reverence for life comes through in the many scenes of childbirth during the series. We are witnesses to the pain and uncertainty the women experience but also their relief and joy when seeing their children for the first time. Many mixed emotions are evident in the women visited by Jenny and her co-workers.

Knowing Little of Life
Jenny arrives at Nonnatus House, an Anglican convent where Sister Julienne (Jenny Agutter) is the wise and compassionate Sister-in-Charge of group of nuns. Sister Monica Joan (Judy Parfitt) is retired from service; in her old age she has a bad memory, a sweet tooth, and a love of astrology, knitting, and arcane mysteries. Sister Evangelina (Pam Ferris) is a skilled, hard-working, and no-nonsense nun with a wealth of experience as a midwife; having grown up in poverty, she brings a special capacity for empathy to her work. Sister Bernadette (Laura Main) is in her early 30s and identifies with the young nurses who also live in the convent.

Jenny, who had expected to work in a private hospital, finds herself uncomfortable in the neighborhood and on her first case, a Spanish-speaking woman with a house full of children who is now pregnant for the 23rd time. She married to a man who has never learned Spanish and so they are unable to communicate with each other except by their own gestures and the translations provided by one of their daughters. This veteran of so many births startles Jenny by refusing to take her premature baby to the hospital. She and her devoted husband insist upon nourishing the infant at home, and miraculously, the baby thrives.

"Birth was and will always be the most commonplace of miracles, an event at once familiar and phenomenal, timeless and immediate, briefly making angels of us all."

The Miracle of Birth
Jenny fits right in with the other nurses at Nonnatus House: Trixie Franklin (Helen George), a fun-loving young women who appeals to men, and Cynthia Miller (Byrony Hannah), a kind and sensitive nurse who quickly becomes Jenny's confidante. They welcome Chummy Browne (Miranda Hart), a tall, socially-awkward nurse with an upper-class background who Sister Evangelina thinks she isn't up to working among the poor. While this newcomer tries to master riding a bicycle, Jenny tries to console a troubled orphan who gives birth to a beautiful daughter, and Trixie and Cynthia treat a middle-aged mother who wasn't expecting a child. In each case, these midwives are awed by the birth process and the ways in which it brings out the best in people.

"I had begun to see what love can do.… Love has the power to break hearts and to save. Love was like midwifery — the very stuff of life."

Seeing What Love Can Do
In one of the most poignant sequences in Call the Midwife, Jenny is assigned to change the dressings for an old soldier, Joe (Roy Hudd), with ulcers on his legs. They become friends and she even makes it possible for him to attend a reunion with his war buddies. Jenny is still pining after a married man she had an affair with, but she does ask a former boyfriend, Jimmy Wilson (George Rainsford), to drive them in his taxi.

Love has broken Jenny's heart and yet in her caring relationships with Joe and with Frank (Sean Baker), a man dying of cancer, and his devoted sister Peggy (Elizabeth Rider) she realizes that her major task is "to see what love can do." Her patients and friends show her that it is possible to surrender to this emotion and find true fulfillment and contentment. Love is the very stuff of life!

"We are humbled by the awesome power of this moment.
From our lives we have brought forth life.
Through our love we have fashioned a child of love.
May our child be a blessing to all he meets.
And may he count us among his blessings as well."

Awesome Moments of Transformation
Each of the characters in Call the Midwife experiences changes in their personal and professional lives. But no one as much as Chummy. We cheer for her when she finally gets her act together serving as a midwife to a woman giving birth to triplets; she even wraps one of the infants in a piece of her clothing. Although her elitist mother is opposed to her engagement to Constable Peter Noakes (Ben Caplin), this truly changed woman sheds her shy and awkward manner and chooses a new life on her own terms. The word "awesome" is used a lot in our culture but in this drama Chummy's transformation is just that; it lifts the heart and stirs the soul.

"In the East End, I found grace and faith and hope, hidden in the darkest corners. I found tenderness and squalor and laughter amid filth. I found a purpose and a path and I worked with a passion for the best reason of all. I did it for love."

Doing It All For Love
"In every moment of genuine love," Protestant theologian Paul Tillich wrote," we are dwelling in God and God in us." Recognizing and amplifying these moments is what makes life such an adventure. Call the Midwife explores and celebrates lives immersed in the love that shines through service of others, friendship, caring, marriage, being present, romance, touch, kindness, compassion, tolerance, and peace.

Best of all, these caring and compassionate women are manifestations of the words of Mother Teresa: "I am a little pencil in the hand of a writing God who is sending a love letter to the world." We look forward to seeing how they continue this mission in Season Two.

"May you always see beauty in the world
And hear music every day.
May you know the touch of gentle hands
And walk the peaceful way.
May the words you speak be loving,
May laughter see you through.
May you be blessed with hope and joy —
These gifts we wish for you."

Special Features on the DVD include Wimples, Babies and Bicycles - Cast members discuss giving birth to Call the Midwife. 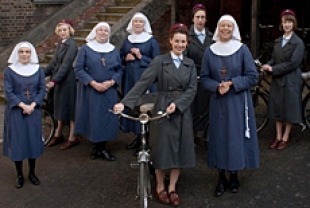 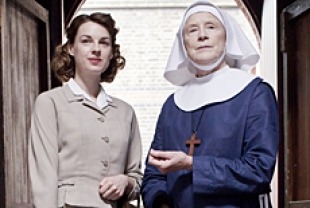 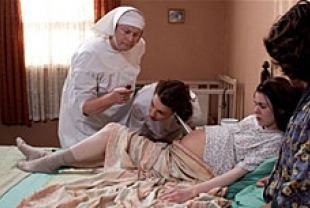 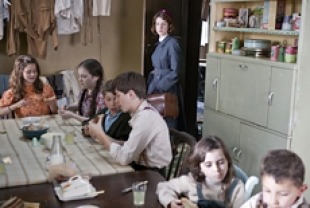 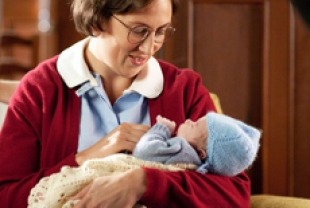 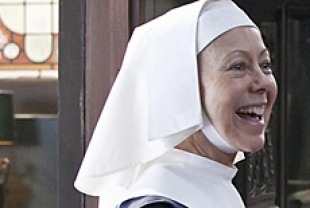