The Salt of the Earth

This monumental documentary begins with some incredible black-and-white photographs of gold miners at work in Serro Pelada, Brazil. Here are hundreds of men, sweating and covered in dirt and grime. Some are resting while others climb wobbly ladders from the pit below.

These shocking photographs set in motion the adventuresome career of Sebastiao Salgado, the most celebrated photojournalist in the world. Born in Brazil to middle-class parents, he studied economics but left his homeland in 1969 after being involved in student protests against the military dictatorship. He settled down in Paris and got hooked on taking pictures with his wife Leila's camera.

Although Salgado has covered wars in Angola, the Spanish Sierra, the hostages in Entebbe, and the burning oil wells in Kuwait, Salgado is known for his emphasis on "the big picture." The Serra Pelado miners are included in "Workers," a seven-year project with images of laborers from 26 countries. The massive movement of refugees from around the world is conveyed by the photographs in "Migrations," a six-year project depicting the vulnerability and struggles of homeless people trying to survive in a cruel and unjust world. A section of the film focuses on Latin America where sadness, misery and doom dominate the photographs of poor people from peasant cultures.

The heart and soul of this gifted photographer is revealed by his attention to global problems. The respect that director Wim Wenders (Pina, Buena Vista Social Club, The End of Violence) has for him shines through his narration and is evident in the filmmaker's generosity in having Salgado's son as the co-director of this documentary.

In bearing witness to the atrocities, violence, hunger, and other barbaric deeds in the world, Salgado has been criticized for his morbid preoccupation with death and human suffering. But any careful and compassionate study of his first-class images reveals that reverence for life and upholding the dignity of all persons is of supreme importance to him. In the final segment of The Salt of the Earth, Salgado returns home to Brazil and joins his wife Leila whose commitment to the ecological movement has resulted in the replanting of two million trees in an area which has been made desolate by deforestation. His eight-year project "Genesis" is a work-in-progress charting the impact of modern development and progress on the environment.

Which of your emotions and senses come alive in the opening sequence of Salgado's photographs of the gold miners?

"Are these photographs, these figures of tragic grandeur, carvings in stone or wood by a sculptor in despair? Was the sculptor the photographer? Or God? Or the devil? Or earthly reality? This much is certain: it would be difficult to look at these figures and remain unaffected. I cannot imagine anyone shrugging his shoulder, turning away, and sauntering off, whistling."
— Eduardo Galeano

What is your reaction to seeing pictures of starving Africans? Have you ever experienced "compassion fatigue?" What fears, habits, and beliefs do you think can contribute to feeling?

"Salgado's photographs, a multiple portrait of human pain, at the same time invite us to celebrate the dignity of humankind. Brutally frank, these images of hunger and suffering are yet respectful and seemly. Having no relation to the tourism of poverty, they do not violate but penetrate the human spirit in order to reveal it. Salgado sometimes shows skeletons, almost corpses, with dignity — all that is left to them. They have been stripped of everything but they have dignity. That is the source of their ineffable beauty. This is not a macabre, obscene exhibitionism of poverty. It is a poetry of horror because there is a sense of honor."
— Eduardo Galeano

What emotions rise to the surface as you watch the long marches of homeless refugees in the photographs? What spiritual practices can you marshal to feel at one with them?

"Salgado makes no concessions, though it would be easy and unquestionably commercially advantageous for him to do so. The profoundest sadness of the universe is expressed without offering consolation, with no sugar coating. In Portuguese, salgado means 'salty.' "
— Eduardo Galeano

What contributions can the indigenous people that Salgado spends so much time with pass on to us in order to make a better and more just world?

"I have spent five minutes searching for words as I gaze at a blank sheet of paper. In those five minutes . . . the world spent ten million dollars on armaments in order that one hundred and sixty children could be murdered with utter impunity in the war of wars, the most silent, the most undeclared war, the war that goes by the name of peace."
— Eduardo Galeano

When we learned about Sebastiao and Leila Salgado's reforestation project, we recalled the advice of the Sufi mystic poetic Rumi: "Start a huge foolish project like Noah. It makes absolutely no difference what people think of you." Sometimes we hold back because we think that our hopeful enthusiasm will seem out of place in our cynical and downbeat world. Resist that attitude. Initiate a bold project that will benefit others and give the next generation reason to hope.

Special features on the Blu-Ray/DVD include deleted scenes; a filmmaker's commentary; and Looking Back with Wim Wenders & Juliano Ribeiro Salgado. 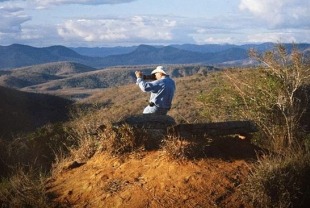 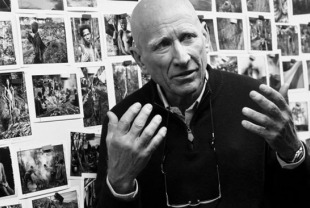 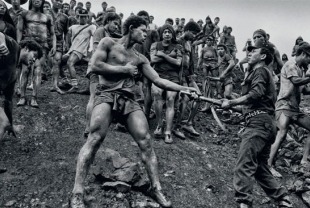 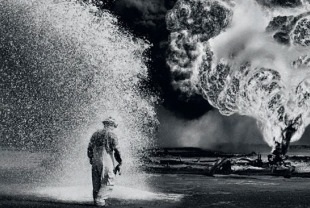