Today there are more than 1 million household robots and a further 1.1 million industrial robots operating all over the world. The future looks bright for those involved in AI, the field of artificial intelligence. As robots are designed for duties as medics, butlers, traffic police, security guards, companions, and entertainers, the challenge is to give them personalities well-suited to their work. Researchers have begun to realize that the effectiveness of robots may well depend on how easily we relate to them.

This complex subject is tackled by Alex Garland, a British novelist and screenplay writer who is making his directing debut with this intriguing science fiction film. Caleb (Domhnall Gleeson) is a talented programmer for a company owned by Nathan (Oscar Isaac) who, at the age of 13 years, wrote the code for Bluebook, "the world's most popular Internet search engine." The youthful geek is thrilled when he wins an office lottery to spend a week with the company's powerful and mysterious CEO at his isolated underground laboratory.

Caleb is taken to the compound by helicopter and then must follow a river to the research facility. He is astonished to find that this genius lives and works alone except for Kyoko (Sonoya Mizuno), a silent woman who is his servant. During his time with Nathan, he is assigned to have seven conversations with Ava (Alicia Vikander), a humanoid with a beautiful face and a metallic body. Can she think and, even more importantly, feel for herself? If she proves that she can, Nathan will have pulled off one of the greatest creative acts in the history of humankind.

Caleb is awed by his boss's skills as a programmer but turned off by his vanity, his paranoia, his drunken evenings, his physical abuse of Kyoko, and his efforts to keep him in the dark as to what his true intentions are for having him there.

The most compelling dimensions of Ex Machina are the conversations Caleb has with Ava and the way she starts flirting with him. Then when there is a power outage, she warns him "you shouldn't trust anything he says." Suddenly, we begin to feel as uneasy as this young outsider. There is more going on here than is seen by the eyes.

This four-character has more menace than all the action-packed sci-fi flicks based on comic book superheroes. Oscar Isaac, who was so memorable in A Most Violent Year, puts in a stellar performance as the neurotic programmer and Alicia Vikander is eerily effective as Ava, the mysterious sex toy of the future who has a mind of her own. 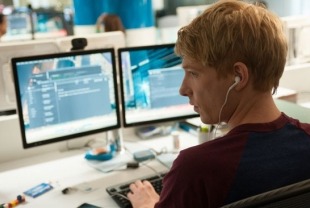 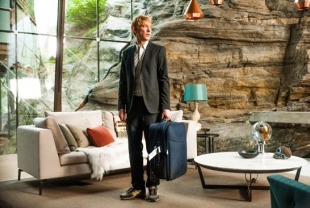 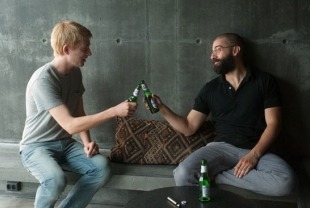 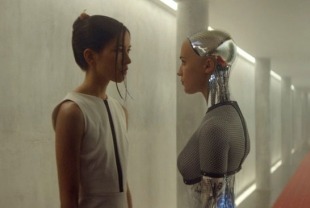 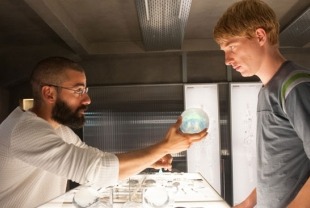