In England during 1914 Vera Brittain (Alicia Vikander) is living with her upper-class parents (Dominic West and Emily Watson) and her younger brother Edward (Taron Egerton). Her conservative father wants her to get married whereas she has dreams of studying at Oxford and becoming a writer. Although petite and elegant, Vera has a fierce and fiery side that comes to the fore in this family disagreement. Her loving brother comes to her defense and convinces his father to let her sit for the university entrance exam. 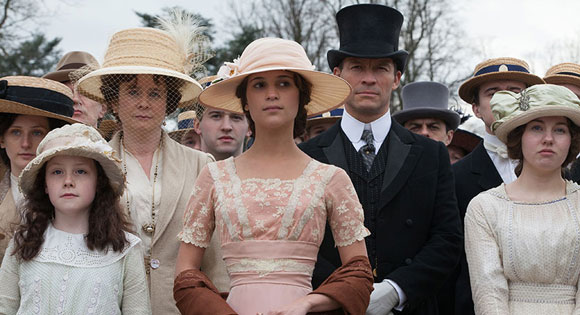 One of Edward's military academy friends is enchanted by Vera the first time he sees her. Roland Leighton (Kit Harington) is delighted to discover that she loves poetry since he also writes poems. This link between them serves them well as they begin an intimate relationship.

Vera almost doesn't get into Oxford; she writes a crucial essay in German rather than Latin. Nevertheless, she impresses one of the professors, Miss Lorimer (Miranda Richardson), who takes a special interest after recognizing her determination to make her mark in a world dominated by men. 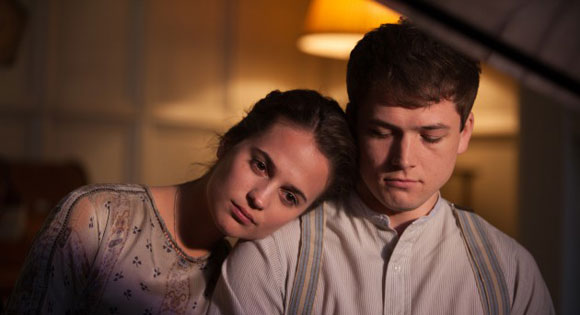 Vera looks forward to studying at Oxford with Edward, Roland, and their friend Victor (Colin Morgan). But these plans are shattered when England declares war on Germany and the young men all enlist. Despite the presence of her aunt (Joanna Scanlon) as a chaperone, she and Roland are able to express their feelings for each other before he leaves for France. But the heartbreak of not having him with her at Oxford takes away much of the magic of reading and writing.

The profound sense of loss when loved ones go to war is indelibly imprinted on Vera when the family is bidding farewell to Edward. She finds her usually stoic father crying profusely. When Roland visits on leave, it is clear that the war is worming its way into the bodies, minds, and souls of the soldiers. Words cannot convey the fears of those who live every day with the dread of hearing that they will never again see their loved ones. Reading the newspaper listings of casualties becomes a daily ritual. 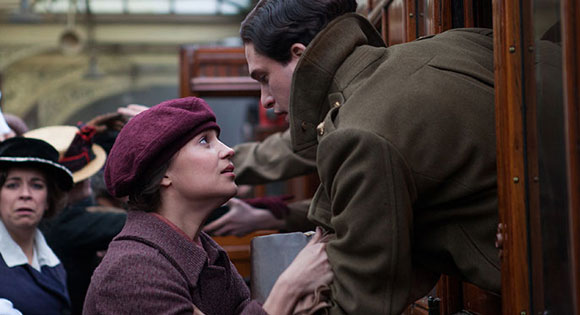 Wanting to be of service, to help those who are wounded and in pain, Vera decides to drop out of Oxford and become a nurse in an army hospital in London. Viewed as a rich girl whose life in the ivory tower has not prepared her for this exhausting work, her superiors and the other nurses give her a hard time. Later, she takes an assignment at a battlefield hospital on the frontlines in France. She hopes to be able to see Edward who is stationed in the area.

James Kent directs this intensely focused, emotionally resonant, and beautifully acted drama. Juliette Towhidi has done a fine job adapting Vera Brittain's 1933 memoir for the screen. This astonishing book is considered to be the classic testimony of war from a woman's point of view. It was an immediate bestseller when it was first published and was made into a BBC television serial in 1979. Many of the elements in this film adaptation, such as letters from the front and Roland's poems, are authentic.

What makes this film adaptation so special is the awesome performance of Alicia Vikander in the lead role. She portrays Vera as a courageous, smart, sassy, and patient young woman who witnesses and endures the staggering costs of war. At one point she tells Roland, "I shall never be afraid to confront the real." And that she does, even when it brings her massive amounts of grief.

The spiritual turning point in the life of this grieving woman comes when she comforts a dying German soldier at the French hospital. Caressing his head with her hand, speaking to him in German, she calmly tells him what he longs to hear, making his last moments more peaceful. 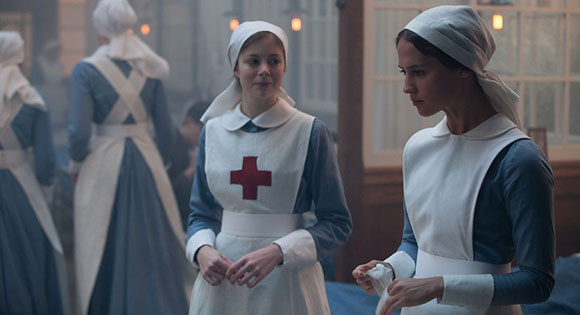 This is the pivotal moment from her war experiences that she chooses to describe at a pacifists' meeting after the end of the war. No doubt thinking about Roland, Edward, and Victor, she tells the crowd that the dying soldier's pain was no different from what was experienced by so many others in the war. The deaths of war, she states are only meaningful if they cause us to say no to the endless cycle of revenge.

This scene gives us a brief taste of what turned out to be Vera Brittain's passion and mission in life. She became a speaker for peace organizations and wrote regularly for Peace News. From what she saw during World War I, she identified the moral emptiness of the patriotic slogans that sent millions to their deaths in bunkers, trenches, and battlefields believing that it is a grand and glorious thing to lay down one's life for one's country.

Vera's story, crystalized in that moving scene with the German soldier, reminded us of something written by another great pacifist, Fr. Dan Berrigan:

"Love your enemies — a strange command, when you think of it. It is like the text of a drama, written with a mysterious ink. When the play is staged, the text disappears. It is in a sense self-canceling. You say it aloud, act it out and are struck by the tremendous, curt implication. The enemy disappears!

" 'Love' and then 'enemies.' The two cannot coexist, they are like fire and ice in the hand. The fire melts the ice, or the ice extinguishes the fire. The fire wins out (at least in the Gospel text)! The verb 'love' transforms the noun 'enemies.' The enemy is reborn by the power of love. Astonishing. Now the enemy is a former enemy, and a present friend, brother, sister, lover even. Talk about rebirth!
"Love, you, the enemy, and lo, the enemy vanishes where he stood."

(Read more of this excerpt from Daniel Berrigan: Essential Writings)

Quotes Collection: Peace is the Way