Directed by Denis Villeneuve
Tense drama with a standout performance by Emily Blunt as a conscience-driven FBI agent on a dangerous hunt for a Mexican druglord.

Kate Macer (Emily Blunt) is a FBI agent who is a specialist in kidnapping cases. When she and her no-nonsense partner (Daniel Kaluuya) raid a house owned a Mexican drug dealer, they discover dozens of rotting corpses hidden behind the walls. This case brings her to the attention of her superior who assigns Macer to a secret American task force to find and stop Fausto Alcaron (Julio Cedillo), the drug lord and his notoriously successful operation presumed to be behind the house of horrors. 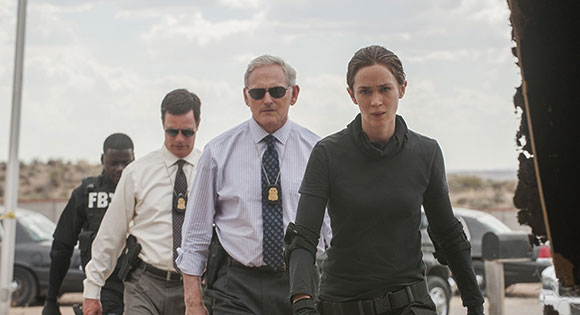 This principled young woman immediately feels like an outsider in the heavily militarized operation lead by Matt (Josh Brolin) who keeps her in the dark about his plans and the machismo actions of Alejandro (Benicio Del Torro), a warrior who seems to be on his own mission of revenge. The two men are willing to do anything that is needed to bring down the Mexican druglord. 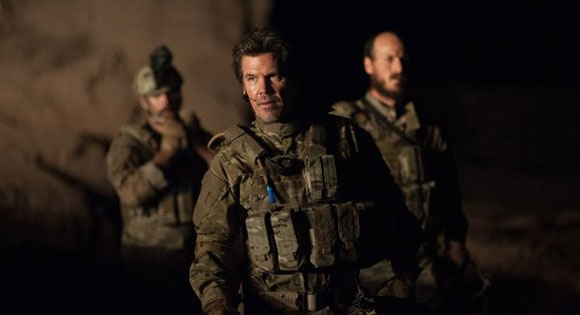 Sicario (the word is cartel slang for hitman) rests on the shoulders of the standout performance by Emily Blunt, a FBI agent whose conscience is troubled by the unlawful actions and procedures of Matt and Alejandro. Similar to the war on terror, the war on drugs condones torture and killing as long as the mission is accomplished. 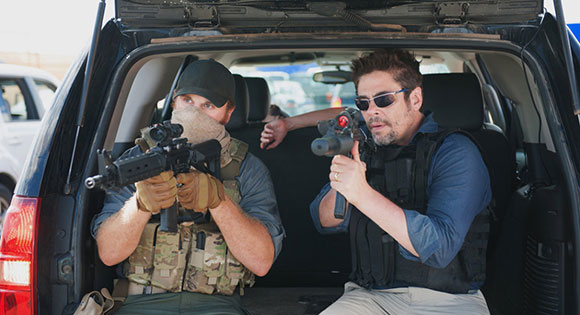 From the outset we identify with Macer and her idealism. She yearns to be a good person and listens to her conscience. This character trait gets her in trouble especially when she tries to have sex with a police officer (Jon Bernthal) she meets in a bar. She has her own flaws to deal with, just like we all do.

Lewis Smedes offers a solid glimpse of what draws us to stand by Macer in her struggles:

"Pretty good people still sweat it out against the wild and the mild corruptions that inhabit their frail spirits. The best people I know are muddling their way through a mess of moral rubbish on the steep road to character. Good and bad criss-cross their circuits continually. Sometimes the good signal is louder. Sometimes the bad. But the odds are better than even that they will hear the good signals most of the time."

By the end of this compelling film directed by Denis Villeneuve (Incendies), Macer is battered and bruised but the pain and disappointment she feels only serves to sharpen her conscience. It is important in a world of brutality, senseless violence and chaos to keep on trying to be a pretty good person.