Directed by Sarah Gavron
An engrossing film about the transformation of a working-class mom into a radical feminist in 1912 England.

Women number half the population of the world and yet they have had to fight against men's entrenched power, sexism, oppression, and lack of respect for them. Although we have seen many poignant and enlightening films about the abolition, gay rights, and civil rights movements as well as the global struggle for democracy and human rights, Suffragette is the first movie to deal with the efforts by women to gain the right to vote. It demands to be taken seriously, and we recommend it highly.

The film directed by Sarah Gavron (Brick Lane) and written by Abi Morgan (The Iron Lady) belongs in the context of the continuing quest of women around the world today to be treated as men's equals — to go to school, to be paid a fair wage for work, to receive necessary health care, and to not be subjected to disrespect, rape, battering, and other forms of violence.

In 1912 London, Maud Watts (Carey Mulligan) slaves away in a laundry where she was born and has worked since she was a child. She is married to Sonny (Ben Whishaw) who works in the same place. She adores her young son George (Adam Michael Dodd) and has paid no attention to the fight of women for the right to vote. But slowly she comes to see the importance of this struggle. 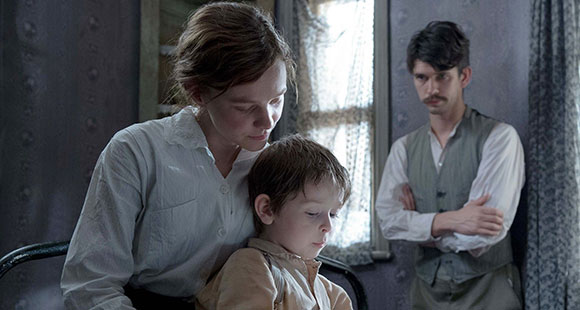 Among those who set her on this new path are Violet Miller (Anne-Marie Duff), a fellow factory worker who takes her to her first meeting; Edith Ellyn (Helena Bonham Carter), a pharmacist who is committed to militant activism; and Emmeline Pankhurst (Meryl Streep), the founder of the Women's Social and Political Union who has mobilized her supporters to practice civil disobedience. Her message in a nutshell is: "It is deeds not words that will get us the vote."

But for Maud words are a turning point. Prime Minister David Lloyd George asks for testimonies about working conditions, and she speaks in Parliament about her experiences in the laundry. Her plea that there must be a different way to live, and the fact that the politicians seem to have listened to her, inspire hope in her feminist comrades. But that quickly turns to anger when Lloyd George refuses to endorse voting rights for women. In the resulting street chaos, Maud is arrested, along with Violet and Edith. In prison, she meets inspector Steed (Brendan Gleeson) who is spearheading the government's efforts to smother the feminist movement through surveillance, isolation in prison, and forced feeding of prisoners on hunger strikes. 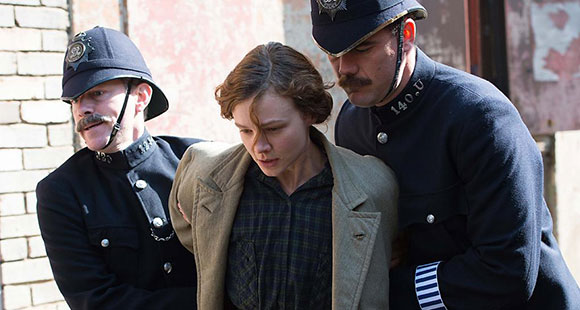 Carey Mulligan, who was so feisty and fine in Far From the Madding Crowd, vividly depicts the transformation of a working-class mom into a radical suffragette. The actress is especially convincing as a woman who grieves over the end of her marriage and separation from her child as a consequence of her militancy. The film ends with a series of shocking statistics on when various countries granted women's voting rights. 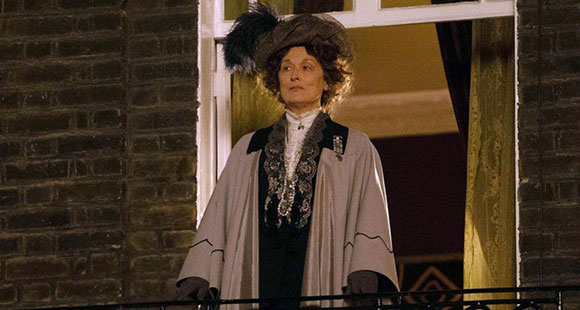