Directed by Roxann Dawson, Jeremy Webb
A drama that exults the quality of mercy in an improvised Virginia hospital during the Civil War.

The Civil War was the most traumatic event in American history and since its end citizens of all ages have been fascinated by the conflict, its people, and its meaning. It has been estimated that a book or article about the Civil War has been published on the average of one each day since 1865. No other episode in American history has been chronicled so extensively.

This six-hour TV mini-series, now available on DVD, from executive producer Ridley Scott originally was presented on PBS in the United States in January – February 2016. Writers Lisa Wolfinger and David Zabel set it in Alexandria, Virginia where a Southern owned and run hotel has been turned into an infirmary run by the Union Army in 1862. 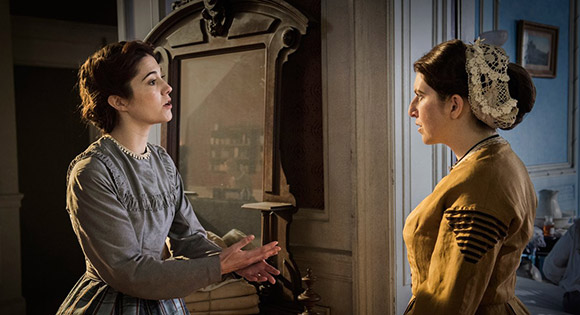 Mary Phinney (Mary Elizabeth Winstead), a widowed countess with abolitionist sympathies, has arrived in the city to work as a nurse. A competent woman, she is made head nurse of the infirmary much to the dismay of Ann Hastings (Tara Summers), a Florence Nightingale-trained nurse who immediately sets out to undermine her efforts to bring about needed changes to the hospital. After quite a few altercations, Mary advises her enemy: "We are women in a man's world. Let us not make enemies of each other."

Dr. Jedediah Foster (Josh Radnor) is a bold and creative physician with European training; he is not afraid to try experimental treatments for those needing amputations or suffering mental problems stemming from stress on the battlefields. His wife desperately wants to leave this war torn state, but he recognizes the career and learning opportunities in his position. He must square off against Byron Hale (Norbert Leo Butz), a selfish and driven physician who sees him as competition and wants to get rid of him. Worst of all, Jed is hobbled by an addiction which casts a shadow over his future. Luckily, he finds a supporter and confidant in Mary who has her inner demons from the past to deal with as best she can. 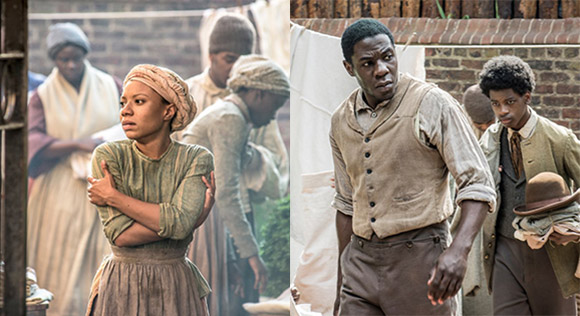 It is estimated that one-third of a million teenagers served in the Union and Confederate armies during the Civil War. Mercy Street indirectly touches on their stories of fear, courage, self-destructiveness, and cowardice. This series also exposes the tense transitional period for Southern blacks after the Emancipation Proclamation of 1862 gave them their freedom. We follow the struggles of Samuel Diggs (McKinley Belcher), a northern black man who works as an orderly at the hospital. Much to the surprise and joy of Mary and Foster, he was trained by a Philadelphia doctor in medical procedures and is able to perform difficult operations. He is in love with Aurelia (Shalita Grant), a black woman who escaped slavery but is being sexually abused by Silas Bullen (Wade Williams) who runs the kitchen in the hospital.

The family that owns the hotel-turned-hospital remain loyal to the Confederacy and are distressed by the Union occupancy of their town. They are James Green (Gary Cole), a businessman; his charming wife Jane (Donna Murphy), their son (Brad Koed), and two daughters Emma (Hannah James) and Alice (AnnaSophia Robb). Emma volunteers to serve as a nurse to Confederate soldiers in the infirmary and through her experiences is compelled to come to terms with her racist upbringing. Her two siblings struggle with their need to make a contribution to the Confederate cause while their father goes to prison rather than sign the oath. 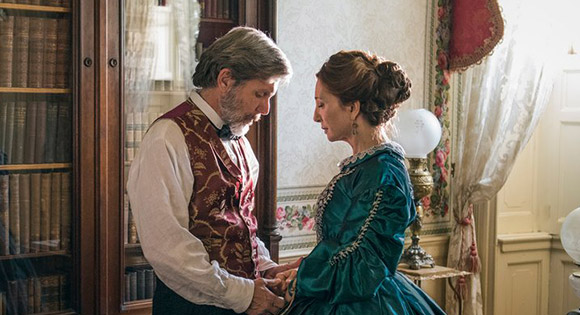 According to Mercy Street, the Civil War was a modern war fought in the old style. Government records indicate that the war was fierce and costly in lives: more than 600,000 men died and almost 500,000 were wounded. We are shocked by the barbarity and cruelty of both Union and Confederate soldiers whose thirst for violence and power is graphically depicted. This could well be the first film where the Union soldiers come off as having less respect for human life than their enemies. We had a hard time not looking away from the screen during a handful of bloody operations. But through all of the killing and the cruelty, there is the mercy that comes through in the loving actions of Mary, Jed, Samuel, and the black maid who helps Aurelia when she is in a dark place of no hope.

The best thing about this PBS mini-series is that it enables us to reacquaint ourselves with the spiritual practice of mercy.

"It strikes me there is something greater than judgement. I think it is called mercy."
— Sebastian Barry

"It is mercy, not justice or courage or even heroism, that alone can defeat evil."
— Peter Kreeft