Directed by Leena Yadav
An explosive Indian drama about the toxins of gender inequality and the exhilarations of women's empowerment.

The violence, hatred, and toxic negativity of patriarchal power is alive and well in India where gang rapes and honor killings of women and tribal marriage pacts for young girls are rampant. But the battle for women's rights in the world's largest democracy is spreading. And Parched, a poignant and hard-hitting Indian film by Leena Yadav, has been designed to address these warps and inspire women's empowerment.

Set against the backdrop of a rural village ruled by a circle of male chauvinists, the drama focuses on three feisty women who become friends and then activists in their own quest for liberation. They give us hope that things can change even for village women. 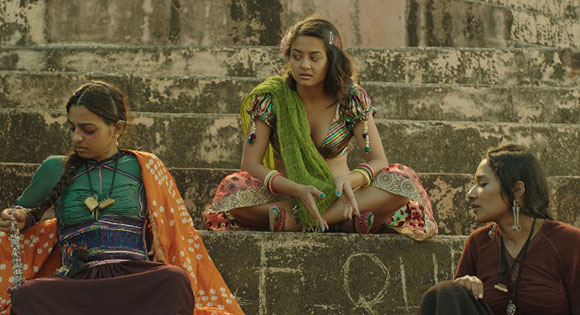 Rani (Tannishtha Chatterjee) is a 32-year-old woman who was married at 13 years of age and widowed at 16. She follows the rigid lineaments of male tradition when she arranges a marriage for her son Gulab (Riddhi Sen) and he rebels.

Lajjo (Radhika Apte) is Rani's best friend. She is an outcast in the community because of her infertility. Her husband Manoj (Mahesh Balraj), an alcoholic, regularly beats her. She lacks the will and the means to leave this abusive relationship.

Bijli (Surveen Chawla) is a free-spirited dancer and prostitute who is another pariah in the town. Among these three women, she is the fiery one who is most enraged by the terrible things women are forced to do for men.

Janaki (Lehar Khan) is new to the village and an outsider in many ways. This 15-year-old beauty has been wed to Gulab, but he spends most of his time with his restless and violent buddies. She works in the house with Rani. 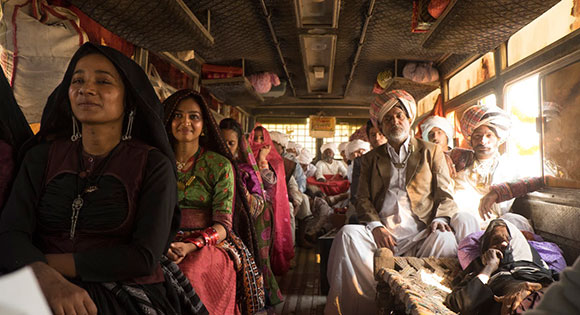 Each of these women has been trained and indoctrinated to be obedient and subservient to men. In this misogynistic community, women are treated as sexual objects. Only one man, Kishan (Sumeet Vyas), treats them with respect, but in doing so he arouses the animosity of Gulab and his friends. Kishan employs the women to sew clothing and other items which he sells for them. This work gives Rani and Lajjo a sense of fulfillment and bolsters their self-esteem.

Writer and director Leena Yadav has created an explosive portrait of gender inequality and female empowerment. It is very difficult to watch the many scenes of extreme violence toward the women, but it is important for filmgoers to see what is happening all over the world today. According to statistics from the United Nations, 35% of women worldwide have experienced either physical and/or sexual intimate partner violence or sexual violence by a non-partner at some point in their lives.

Yadav is also to be commended for including in her story two other important ingredients of women's liberation. One involves a scene where Rani, in a rare moment of tender eroticism, gently touches Lajjo's breasts while cleaning her body after her husband has beaten her. Here the director shows the sexual yearning that has not been destroyed in these women. 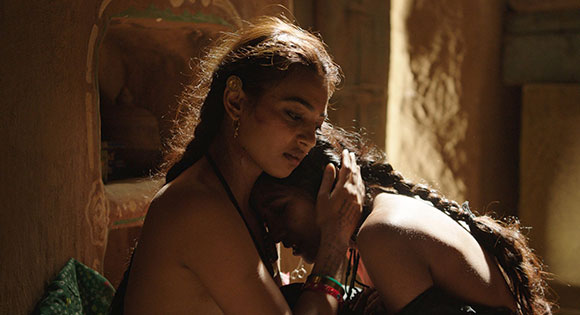 In another scene, Bijli sends Lajjo to a close encounter with a shaman (Adil Hussain) who is well-versed in the Kama Sutra and its message of a man's surrender to the sexual needs of a woman. Both of these excursions add nuance to the quest of these three Indian women for a life of more choices and changes.