Directed by Gay Dillingham
A pensive documentary shedding light on death and dying, inner space exploration and the sweet fragility of life

"To the enlightened the awareness of death gives sweetness to life."

— Anthony de Mello's The Heart of the Enlightened

Timothy Leary was a controversial figure in the counterculture who experimented with drugs in order to expand his consciousness. His slogan "turn on, tune in, drop out" animated millions of alienated youth in the 1960s to disaffiliate from the dominant culture and find their own way of living. 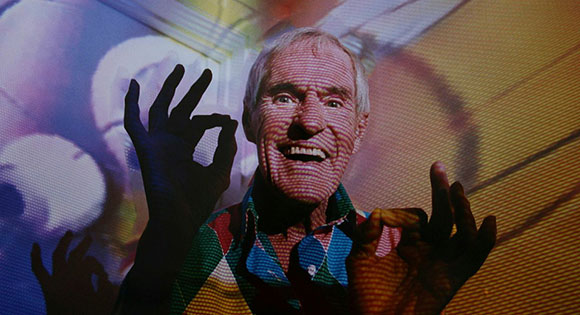 In this consistently fascinating documentary directed by Gay Dillingham, we are treated to a wild ride through Leary's life which ends with him succumbing to prostate cancer. At one point, he states with awe: "I think I've lived one of the most interesting lives of anyone in the twentieth century."

Well, that claim could also be made by Ram Dass, an accomplished academic and researcher who traveled to the East and brought back to the West a fresh brand of spirituality which he delivered in a book titled Be Here Now, an international bestseller that has had 43 printings. He and Leary were lifelong friends. The documentary includes footage of their conversations during their last meeting, shortly before Leary's death in 1996.

"It sounds paradoxical: by excluding death from our life, we cannot live a full life, and by admitting death in our life, we enlarge and enrich it."

Like Leary, Dass had a grim encounter with death when he was suffered a near-fatal stroke in 1997; he has spent many years in rehabilitation and is still teaching today. Leary was convinced that death remains for many "the taboo of all time": we try to flee from it or deny its power. Both men reveal that they are familiar with suffering and are willing to befriend death and honor what Dass describes as its engagement "with the deepest meaning of the universe."

These two masters of change met in the 1960s at Harvard where they taught psychology and conducted a series of scientific research projects using hallucenogenic drugs and then LSD. As soul-mates, they were pioneers of the exploration of inner space and the possible meeting points between science and spirituality. Renowned world religions scholar Huston Smith describes his participation in one of their research projects at Boston University on hallucinogenic mushrooms, which became known as the "Good Friday" experiment.

As the drug culture spread in the 1960s, Leary testified before Congress on the need for responsible research on psychedelics. He once described hallucinogens as simply "the nervous system having experiences we don't have words for." But he also seemed to relish being considered a "bad boy" as he walked the edge between conformity and chaos. Hounded by the authorities, he was arrested and sent to prison multiple times. 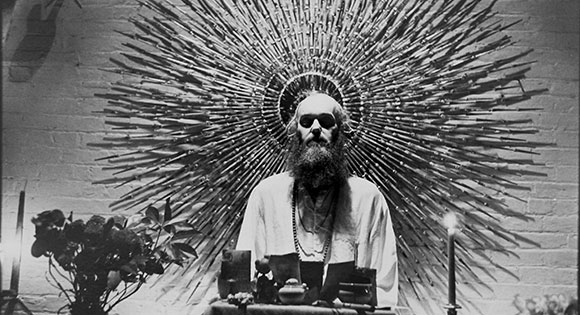 Ram Dass, formerly known as Dr. Richard Alpert, came from a wealthy background and kept his homosexuality in the closet. An ambitious intellectual, he had a successful academic career before discovering another path for his life. In one of his celebrated one-liners, he described the arc of his life: "You have to be somebody before you can be nobody." As a spiritual teacher, he became a pioneer of the conscious aging movement.

"The beauty and preciousness of life is intimately linked with its fragility and mortality. We can experience that every day – when we take a flower in our hands, when we see a butterfly dance in the air, when we caress a little baby. Fragility and giftedness are both there, and our joy is connected with both."