Directed by Michel Gondry
A funny, appealing and spunky French film about the summer adventures of two teenage buddies.

French writer and director Michel Gondry made a big splash with Eternal Sunshine of the Spotless Mind. That psychological film was overflowing with thematic explorations of memory, time, desire, and disappointment. Microbe and Gasoline is another thematically rich movie. It's a coming-of-age drama that morphs into a road movie that is different from any road movie you have ever seen before. 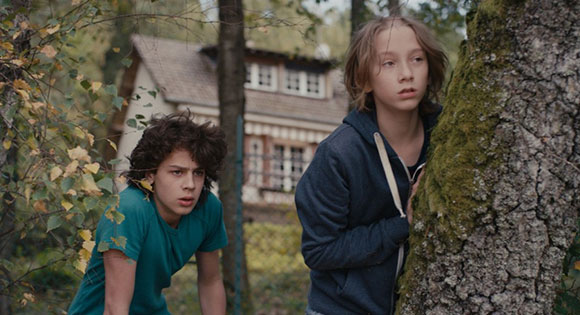 Microbe (Ange Dargent) is an effeminate looking 14-year-old boy old who is teased at home by his older brother and harassed at school by bullies. He secretly draws nude women and other pictures of things that grab his imagination. Despite his outsider status, Microbe is attracted to Laura (Diane Besnier), a teenager with braces and a respect for the special qualities that set him apart.

A real friend is one who walks in when the rest of the world walks out.

When Gasoline (Theophile Baquet) arrives as a new kid at the Versailles school, he immediately hits it off with Microbe. He is an energetic and action-oriented teenager who comes up with a summer project for the two of them: building a custom car to drive to his favorite camp site on the outskirts of Paris. When they learn that their vehicle can't pass the regulations for being on the road, they disguise it as a wooden cottage to hide its purpose from the police. As they build, plan, and alter their route, the two pranksters draw closer to each other.

Gondry draws out two appealing performances from Dargent and Baquet; they effectively convey the ups and downs of friendship. It is a lark watching the clever improvisations Gasoline performs at a gallery when nobody else comes to Microbe's show. While on the road, they have a curious encounter with a dentist and his wife who desperately need the company of youth. Meanwhile, Microbe's mother (Audrey Tautou) misses him whereas Gasoline's parents, who are separated, don't seem to care where he is. 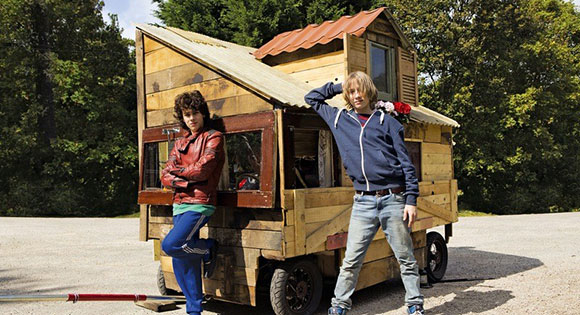 Microbe and Gasoline is a funny, appealing, and spunky French film that brings to mind the playfulness of The 400 Blows by Francis Truffaut. It's a perfect film to spark your imagination about what you can do on your summer vacation!

Each friend represents a world in us; a world not born until they arrive, and it is only by this meeting that a new world is born.