Directed by Anne Fontaine
A bright and bold portrait of a heroic French woman doctor whose compassion is a beacon to those she helps.

This deeply spiritual film directed by Anne Fontaine (Coco Before Chanel, Gemma Bovery) is based on a little known event that took place in Poland in 1945. With uncommon grace and beauty, The Innocents challenges us to open our hearts and minds to the large reserves of compassion, courage, and hope that give our lives meaning even in the midst of great suffering, shame and chaos.

Chilling blasts from the winds of war provide the context for the horrific events that take place in a large Benedictine convent. Not too far away, fatigued doctors from the Red Cross are treating the last survivors of the war. Midway between them are Russian soldiers who see themselves as liberators of the Polish people. They have little respect for the Catholic church and the nuns in its convents. 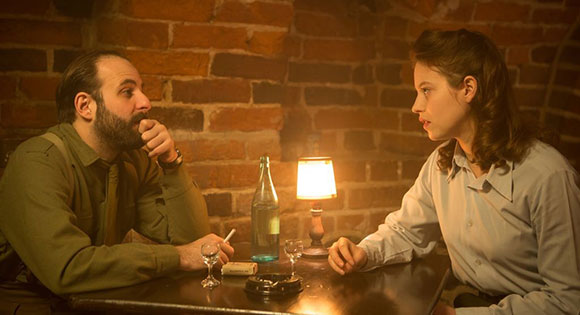 Mathilde (Lou de Laage) is a young French doctor learning her craft with the Red Cross. She was brought up by Communist parents. She demonstrates her openness to all faiths and to no faith in conversations with Samuel (Vincent Macaigne), a fellow doctor and Jew.

One day a very nervous Benedictine nun appears and implores Mathilde to come with her to the convent where one of the nuns seems to be at death's door. The doctor discovers that the nun is in labor and the baby is breech. After a successful delivery, she learns that other nuns are also pregnant and several are suffering from venereal diseases. Months earlier, Soviet soldiers had spent days in the convent and had raped the sisters. 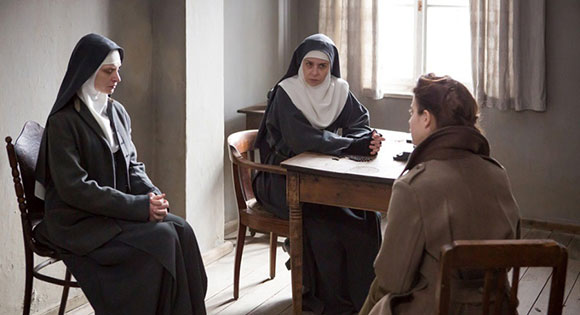 The Abbess (Agata Kulesza) and Maria (Agata Buzek), her right-hand helper, have tried to comfort and console the victims, many of whom are terrified that God will consign them to hell for having been sexually violated. Here their adherence to the vow of chastity plunges them into a dark place of shame and dread. Maria, for the first time in her vocation wonders if she can carry on in faith given the fallout from the rapes. She admits to Mathilde that she now feels "twenty-four hours of doubt for one minute of hope."

Bowled over by desperate plight of the pregnant nuns, the young doctor is moved by compassion to serve as a midwife for them. She also promises to keep it a secret. One evening while driving back to the Red Cross hospital, Mathilde has her own close-encounter with the misogyny and barbarity of Soviet soldiers at a roadblock. 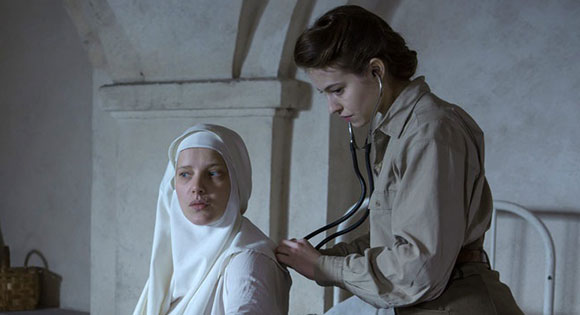 It is fascinating to watch the subtle ways in which this thoroughly secular doctor is mysteriously moved by the devotional singing and praying of the nuns during the day. It is also quite wonderful to see the solidarity of Maria and Mathilde as they try to deal with a death in the convent, the strange behavior of the Mother Abbess, and the question of what to do with the newborns.

The Innocents gives a bold and bright portrait of a sensitive woman doctor who demonstrates the emotional vibrancy of touching the pain of others. Or, as Joseph Campbell, the teacher of mythology, put it:

"Compassion is just what the word says; it is 'suffering with.' It is an immediate participation in the suffering of another to such a degree that you forget yourself and your own safety and spontaneously do what is necessary."