Directed by Craig Atkinson
A scary documentary on the increasing militarization of American police.

Craig Atkinson's upsetting and informative documentary depicts the slow but steady militarization of police departments in the United States. Racial tension and protests against police violence have put these defenders of law and order on the defensive. It is nerve-wracking to listen to Dave Grossman, the country's No. 1 law enforcement seminar trainer, lecturing the men and women in blue about the need for more weapons to fight the "monsters" who are threatening their lives. This segment of the film illustrates the "us vs. them" approach which ends up justifying "righteous violence." 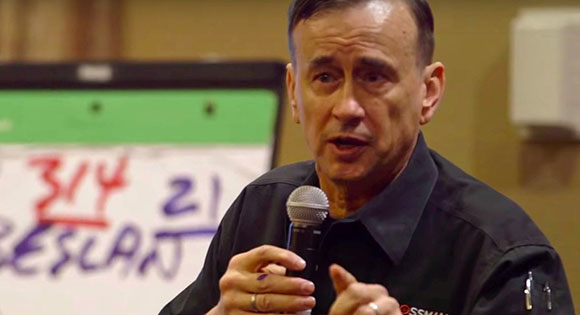 The so-called war on drugs has resulted in the widespread use of heavily armed SWAT teams in routine drug arrests. We watch a Special Response Team in a South Carolina raid the home of individuals suspected of having marijuana on the premises; the end result is the discovery of a gram and one-half of marijuana and a house with smashed windows and a broken door.

Do Not Resist contains scenes from Ferguson, Missouri, which was the site of vociferous demonstrations by community members expressing their anger against the shooting of an unarmed black man by a police officer. The documentary shows that with the large acquisition of military weapons and equipment, many police departments are becoming more aggressive and heavy-handed. It's almost as if they now see themselves as armies of occupation in urban war zones. 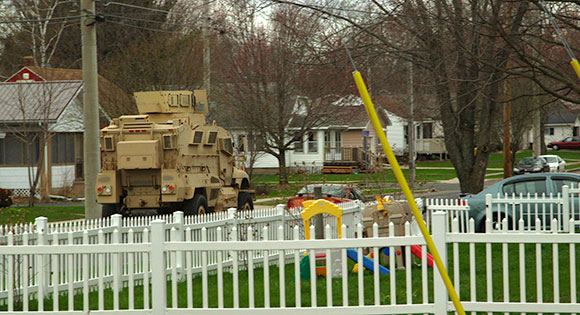 Whatever happened to the once sturdy view of police as the creators and protectors of community? All the lethal gear, the assault rifles, and the twenty ton MRAPs rolling down the streets of American cities point to the scary growth of a police state where law enforcement takes precedent over human rights. Here are a few statistics used on Do Not Resist illustrating the militarization of police departments across the United States: