Directed by Mike Mills
A dramedy about a mother's unusual project to teach her son how to be a good man.

It is 1979 and the setting for this dramedy is Santa Barbara, California. Dorothea Fields (Annette Bening) is a divorced, middle-aged single mother of 15-year old Jamie (Lucas Jade Zumann). She is feeling more and more disconnected from him as he moves through the challenges of coming-of-age in white suburban America. He asks if she is happy, but she says "wondering about happiness is a great shortcut to being depressed." She is stuck in her life and knows something needs to change. So she comes up with a project that has a surprising impact on a small group of people. She enlists three individuals to help Jamie become "a better man." 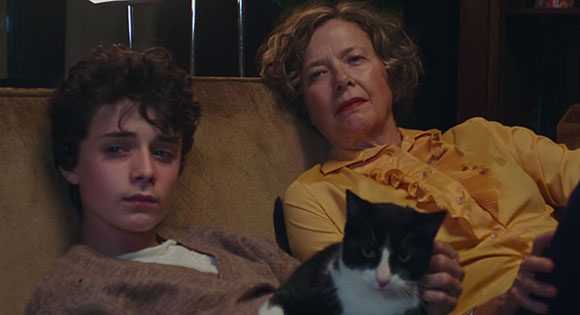 The first is Abbie (Greta Gerwig), a boarder in her large house. She is a photographer whose latest project is taking pictures of all her possessions to see what they reveal about who she is as a person and as an artist. She has not tamed the wildness inside and is bound to give Jamie a passion for life, dancing, and music.

Abbie also believes that the women's movement and its resources could become help-mates, so she gives the teenager copies of Our Bodies, Ourselves and Sisterhood Is Powerful: An Anthology of Writings from the Women's Liberation Movement. Jamie finds this all fascinating and eagerly shares what he's learning with classmates. One boy beats him up after he expounds upon the importance of the clitoral orgasm.

Another "twentieth century woman" asked to help Jamie is Julie (Elle Fanning), his best friend for many years. She loves and cherishes him but can only handle a platonic relationship. So they spend the nights talking and then sleeping together in his bed, but they avoid having sex. 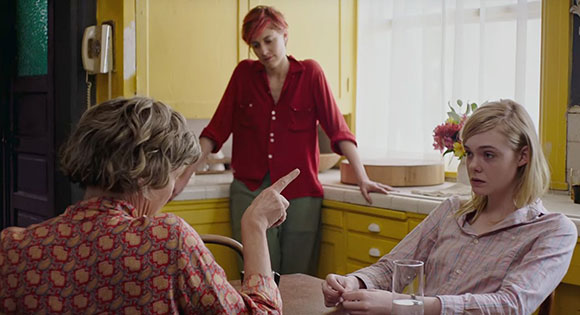 The third unlikely teacher of Jamie is William (Billy Crudup), a handyman who is helping Dorothea restore her house while boarding there. This former hippie and potter astonishes everyone with his laid-back and let-live philosophy of life. He reaches out to Jamie but does not play a major role in Dorothea's project.

The writer and director of 20th Century Women is Mike Mills whose previous film was the well-received Beginners (2010); it portrayed the coming out of a 75-year-old man after the death of his wife. Mills seems to have a knack for encouraging nuanced and unpredictable performances from older actors. This time, Annette Bening gives a tour de force portrait as a weird and hopeful matriarch who is what we call "a real piece of work."

We delight in Dorothea as we watch her feeling so grateful to the fireman who put out the blaze that destroyed her ex-husband's car that she invites him to her birthday party. We are amused when she concocts a variety of excuses for Jamie's missing school, including that he was doing volunteer work for the Sandinistas. We recognize the value of a regular ritual as mother and son record the daily stock prices together. And we feel ourselves in greater sync with Dorothea when she calls President Jimmy Carter's 1979 "Crisis of Confidence" speech beautiful, whereas others in the room predict that it will spell doom for his administration. 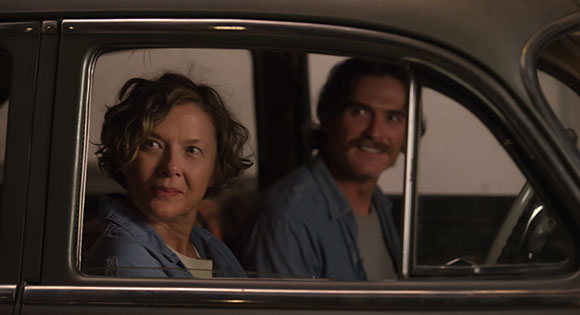 At the hub of this well-written film is the rich and multidimensional depiction of a mother who calls upon others who are close to Jamie to help him find the answer to the question that pesters, intrigues, and inspires her — "How do you be a good man?"

Some of the character qualities she loves are emotional literacy, openness, acting from wholeness, and taking time to nurture love. Jamie's two female teachers share with him the joys and setbacks that are part and parcel of intimate relationships. The journey toward being a good man, he learns, involves a shift from numbness to real feeling, from reactivity to sensitivity, from alienation to tenderness.

Through this funny and engaging film, Mills enables us to see that relationships are the main testing ground for being our full selves. And the best spiritual teachers are women.

R — sexual material, language, some nudity and brief drug use