Directed by Ceyda Torun
A magical and immensely endearing documentary about the love affair between the people of Istanbul and the stray cats who wander the streets of the city.

Kedi (the Turkish name for cat) is a magical and immensely endearing documentary film about the respect, love, and adoration the people of Istanbul show toward the stray cats who roam freely on the city's streets. These independent and resilience survivors number in the thousands in this port city. At the beginning of this documentary, we are told: "The cat embodies the indescribable chaos, the culture, and the uniqueness that is the essence of Istanbul. Without the cat, Istanbul would lose a part of its soul." 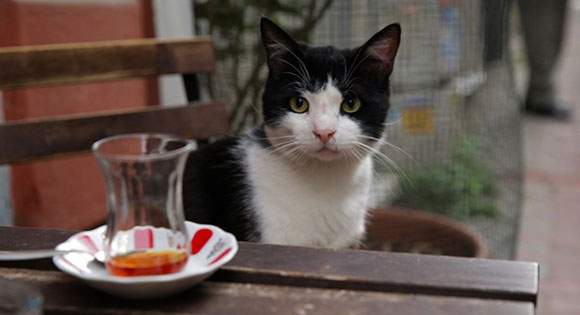 We meet many of Istanbul's street cats wandering amidst shops, houses, and gardens. The many men and women who share their opinions about the cats know that they depend on the kindness of strangers for food, petting, and help when they are injured or need a veterinarian. And the humans take their responsibilities seriously. It's important to "be on the same frequency as them," one woman observes. They are different from us and have fascinating personalities. They remember humans with whom they have made a connection. One man asserts "God will take care of them but I'm the middleman." He regards the cats as his therapy. They provide the same peaceful vibes that he feels from fingering his prayer beads. 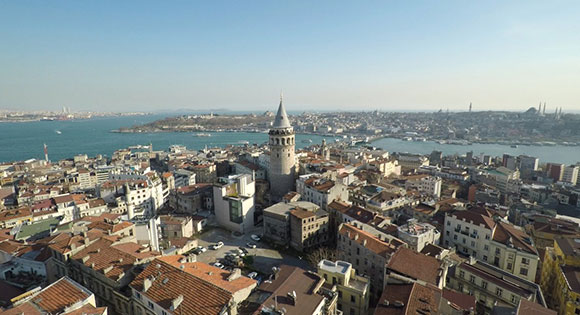 Several people ascribe special powers to the cats. A fisherman recounts the story of how a wandering four-pawed stranger directed him to a wallet filled with money that he could use to repair his damaged boat. A restaurant owner talks about how his cat keeps mice away: "He does justice to one's love. We're grateful to him." One woman says a neighborhood cat has "qualities every human should have." The cats "carry themselves so well."

Istanbul is a predominantly Muslim city with a long and sturdy history of pro-cat sentiment. Islamic lore tells of a cat protecting the Prophet Muhammad from the approach of a poisonous snake. In another story, the Prophet was speaking and a cat fell asleep on the edge of his expensive robe. When he got up to leave, the Prophet cut the robe around the cat so as not to disturb the animal's rest. 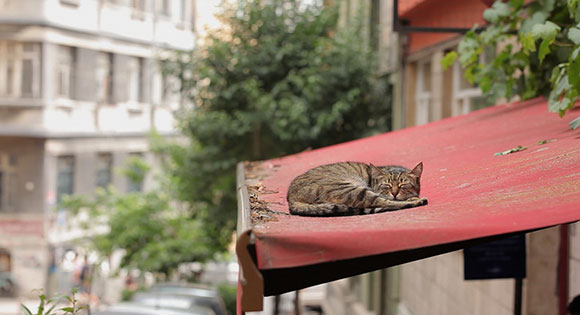 It is delightful to watch the network of people caring for these strays who put out food and water, allow them to relax on café chairs and shop displays, create weather-proof shelters, and even give them access to their homes and apartments.

Director Ceyda Torun and cinematographer Charlie Wuppermann often provide close to the ground filming of various cats walking, running, strolling, fighting, or sleeping. This greatly enhances our ability to empathize with these adventurers and their cat's eye view of Istanbul. 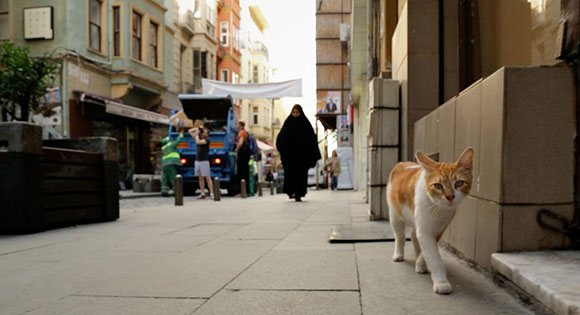 The cats are seen within a bigger picture. "You can love if your heart's eye is open," one man observes. "Everything is beautiful if you look at it with love. If you can enjoy the presence of a cat, a bird, a flower, all the world will be yours." And later, we hear, "A cat at your feet is life smiling at you."