Hare Krishna! The Mantra, the Movement and the Swami Who Started It All

This adventuresome spiritual biography maps the life and mission of Swami Prabhupada (1896 -1977) who is world renown as one of the foremost Vedic scholars and Hindu teachers of modern times. His work was grounded in devotional service to Krishna. His Indian spiritual master guided Prabhupada's scholarly pursuits until 1965 when he traveled to America to bring the message of Krishna consciousness to the English-speaking world; he was 69. 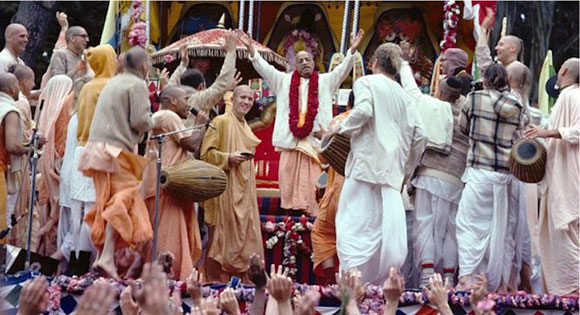 This energetic visionary would spend the last 12 years of his life creating one of the fastest growing spiritual movements in the world; it became known as the Hare Krishna movement. During the 1960s, thousands of youth got caught up in chanting the Hare Krishna mantra in public. His followers established experimental Vedic communities both in the U.S. and abroad. Prabhupada also introduced the Vedic system of education in the West. Meanwhile, his books were eventually translated into over 80 languages.

In the last years of his life he traveled the globe 12 times on lecture tours that took him to six continents. Like Paramahansa Yogananda, a guru from another order, he had a major impact on students and other spiritual seekers who had yearnings to learn more about yoga, vegetarianism, reincarnation, and karma. 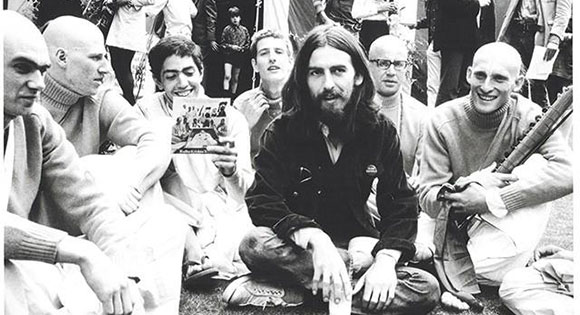 The dynamic direction of this documentary sweeps us along into the forward momentum of this devotional path. It springs from the seeds planted in a small storefront in New York City's Bowery, is nurtured in the counterculture of San Francisco's Haight Ashbury, and then gets new impetus when it is proclaimed in Beatle singer and songwriter George Harrison's international hit "My Sweet Lord."