Audubon: John James Audubon and the Birds of America

Directed by Al Reinert
A beautiful documentary on the life of the ornithologist and naturalist and his artistic masterpiece The Birds of America.

"As I grew up, I was fervently desirous of becoming acquainted with nature."

A portrait of John James Audubon hangs in the White House. His statue greets visitors to New York's American Museum of Natural History, and his name was adopted by the nation's first conservation organization. He was one of the most remarkable early Americans and his legacy extends to this day.

A self-taught painter and ornithologist, he is best known for his astonishing collection of life-size bird portraits called Birds of America. Today original copies are the most expensive books in the world. His life and prodigious work combine in an account of diligence, creativity, and accomplishment.

Born in 1785 in Haiti, Audubon's family fled the revolution there and settled down in Nantes, France, where he spent his childhood and youth until the age of 18. He married Lucy Bakewell, the daughter of a well-to-do English merchant family, and they moved to the frontier town of Henderson, Kentucky. They opened a group of general stores and became very wealthy but went bankrupt in the Panic of 1819. 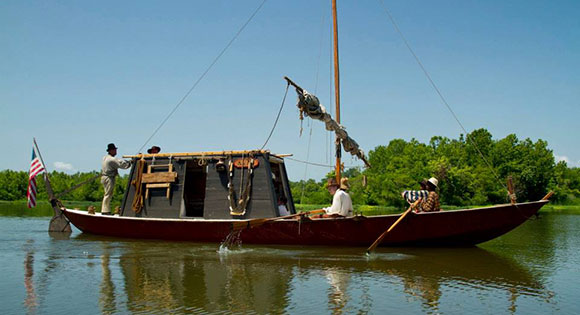 "I never for a day gave up listening to the songs of our birds, or watching their peculiar habits, or delineating them in the best way I could."

An avid lover of birds, which he called the "feathered tribes," Audubon came up with an ambitious plan to paint all 435 of the bird species of America in life size. He plunged into the wilderness to find his subjects' feeding preferences, calls and songs, courtship rituals, and other traits. His paintings showed the birds' typical behavior in their natural habitats. Traveling mostly on foot, he eventually painted all the then-known birds from the Florida Keys to the straits of Newfoundland to the swamps of Louisiana and Texas to the mountains of Montana and the Dakotas. His project involved long separations from his wife, including trips to England to work with an engraver for the book. 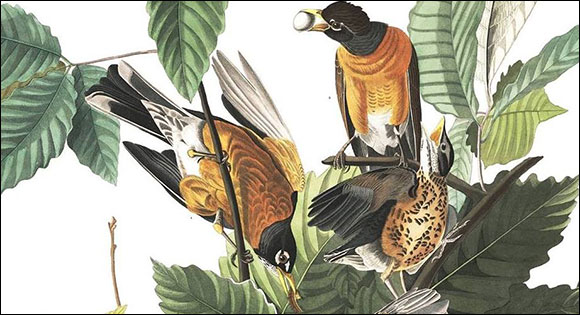 A true conservationist is a man who knows that the world is not given by his fathers, but borrowed from his children.

Writer and director Al Reinert has fashioned a lovely and spiritually uplifting documentary about the genius who has been called "the godfather of the conservation movement." The narration of the film is taken from Audubon's writings in his journals, letters, and notebooks, along with the five volumes of ornithological biographies. Additional commentaries are added by his biographers and his wife's biographer. A curator of an exhibition of his paintings points out interesting details about the birds, and live footage of the same species today further illustrate Audubon's genius. 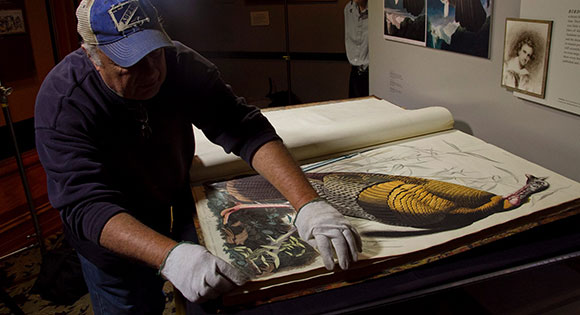 "To have been torn from the study would have been as death; my time was entirely occupied with art."

During Audubon's lifetime, America was a paradise of birds. Several of the species that he painted reverently are now extinct -- the passenger pigeon, the Carolina parakeet, and the ivory-billed woodpecker. They live on in Audubon's art and we are grateful! 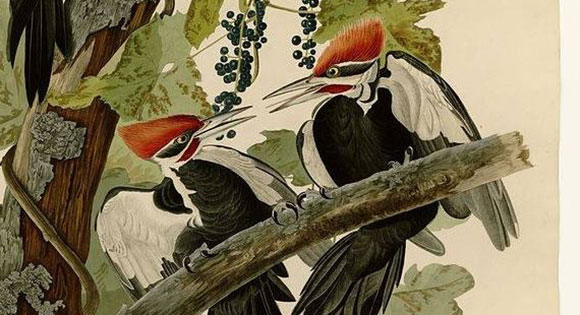