Directed by Feras Fayyad
An unflinching, grippingly realistic, and heart-rending documentary about the senseless carnage of war.

Last Men in Aleppo is airing as part of PBS's P.O.V. series on July 10, 2017. Check listings for the time and station in your area. It can also be streamed through iTunes.

Last Men in Aleppo presents a harrowing look at the heroic work of two men of the Syrian Civil Defense's White Helmets, civilian volunteers who are usually the first responders in the country's civil war. We see them at work trying to rescue survivors buried under the rubble of destroyed buildings or the fiery remains of bombed-out cars. 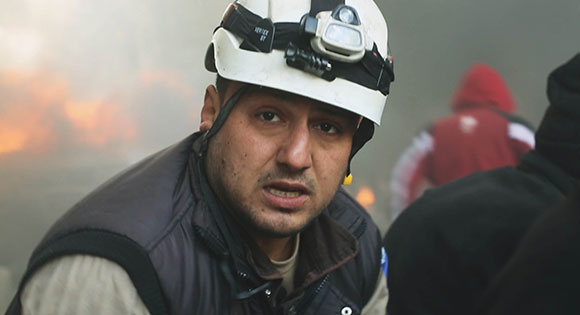 Khaled Omar Harrah leads a small band of men in desperate search-and-rescue missions and keeps his eyes to the skies because the helicopters flying overhead are usually followed by Syrian and Russian jets dropping barrel bombs. His partner is Mahmoud, a young man who visits a child he rescued and is shaken with sadness and the unending stress brought on by daily doses of death and destruction. Another key figure is Nagieb, the father of three, who states that he is not a politician, but a rescue worker.

Aleppo is a war zone. When its buildings crumble and fall to the ground, the White Helmets, speedily and with hope in their hearts, dig through the rubble to find the few fortunate survivors as well as corpses and body parts. When these men gather for an informal soccer match, the anger of one man comes through as he slashes the ball and everyone around him feels his out-of-control emotions brought on by the air attacks and the ever-expanding lists of civilian deaths. 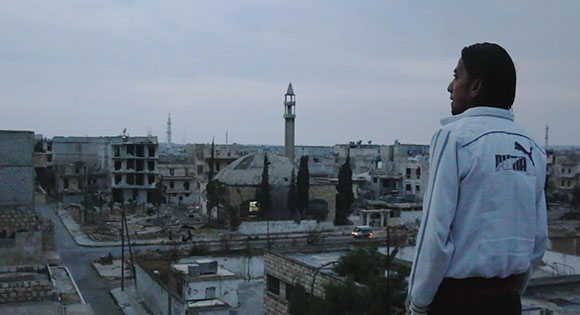 Shot over the course of a year between September 2015 and the fall of 2016, Last Men in Aleppo was awarded the Grand Jury Documentary Prize at the Sundance Film Festival. It deserves all the acclaim and attention it can garner given that it is one of the most realistic, unflinching, and heart-affecting anti-war documentaries ever made. In one scene, Harrah takes his two young daughters to a playground during an untrustworthy ceasefire. We can see on their faces the devastating fear that has imprisoned them and the remaining civilian survivors. 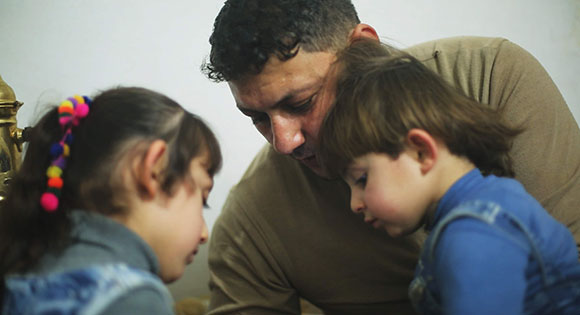 In an interview the writer and director Feras Fayyad states:

"This film is a story about hope, and it is an attempt to study our human roots, our affiliations and our collective tasks in situations that require us to take control of our lives when faced with a mindless, irrational killer. It is a tool for understanding forgiveness and overcoming vengeance. I can see this when our heroes save all the victims, even those who caused their deaths. It is also a tool in the search for the meaning of life, as it inspires you to look closely at your own gift of life so that another can live. Hopefully the film can become an opportunity for The White Helmets to become acknowledged in the world and thus give them the attention that they deserve. Covering their efforts will also give us the opportunity to portray the Syrian civil war, in the hope that it can motivate people and make them take action to stop this ongoing tragedy and thus make an effort to create peace in Syria, or at least help the people who are asking for help. War brings out the worst in human beings, but it also brings out the best in us. The White Helmets are indeed a living example of that." 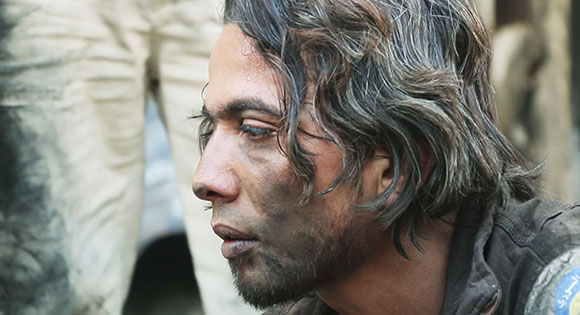 To read more about the work of the White Helmets and donate to their life-saving efforts, visit whitehelmets.org.