Directed by Greta Gerwig
A dramedy that will appeal to all women who have experienced large doses of love and pain in their relationships with difficult mothers.

Actress Greta Gerwig (Frances Ha, Mistress America, Twentieth Century Women) is writer and director of this semi-autobiographical dramedy set in Sacramento, California, in 2003. The lead character is a 17-year-old senior at a Catholic high school who in one of her quirky acts of self-transformation has cast aside her real name, Christine, and now calls herself Lady Bird (Saoirse Ronan). This seems in sync with her yearning to wing her way East to attend college in New York City, Connecticut, or New Hampshire. She’d really like to get away from her mother. 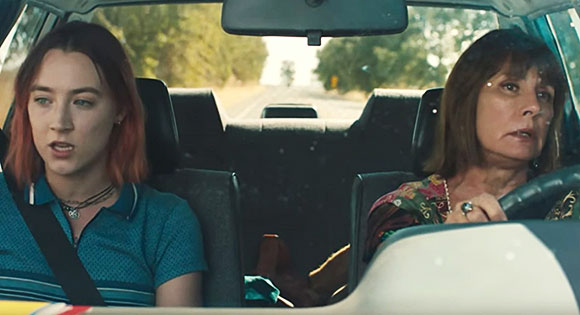 In her book The Myth of the Bad Mother, Jane Swigart describes the mother-daughter relationship as "a theatre of the soul, revealing our deepest hopes, longings, destructive urges, and capacities for love." There is often a conflict between the Good Fairy (a nurturing person devoted to her children's well-being) and the Bad Mother (a self-absorbed, cruel person responsible for her offspring's problems).

In the vividly realized opening scene of this dramedy, we see Lady Bird and her mother Marion (Laurie Metcalf) have just finished listening in the car to an audiobook of The Grapes of Wrath. Instead of reveling in this moment of tenderness and mutuality, Marion uses the occasion to put her daughter down. Feeling at the end of her rope, Lady Bird opens the door of the moving car and thrusts her body out to the ground, breaking her arm in the fall.

These two strong-willed and stubborn women are having a tough time moving beyond their polarized images of each other. Marion sees Lady Bird as a dreamer cut off from the stark realities of life, a slob, a selfish person, and an ungrateful daughter. Lady Bird, on the other hand, sees her mother as a square, a neatness fanatic, and a control freak. The constant fights and flare-ups between them range from shouting matches to guilt-tripping and shaming. Neither mother nor daughter has learned two of the givens of all successful relationships — honor and respect. 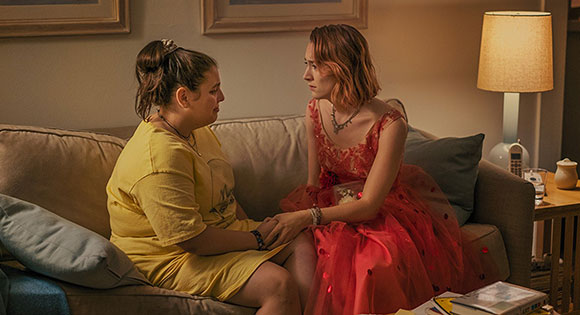 Lucky for Lady Bird, her father, Larry (Tracy Letts), turns out to be an ally, willing to help her get the financial aid she needs to escape to the East Coast. They keep this college plan a secret from Marion. Meanwhile, she becomes the main breadwinner when Larry loses his job.

In her local quest for friendship and love, Lady Bird's expectations, rebellious streaks, lying, and betrayals fuel a handful of intimate relationships. For a while, she ditches her long friendship with Julie (Beanie Feldstein), a lonely soul, for one with Jenna Walton (Odeye Rush), a rich and popular girl. Lady Bird is infatuated with Danny O'Neil (Lucas Hedges) until she discovers a secret that will keep them apart. She has her first sexual experience with a self-absorbed cynic (Timothee Chalamet) who proves to be as much a liar as she is. Saorise Ronan turns in a tour de force performance (she is in almost every scene) as she captures Lady Bird’s many moods and spirit of exploration. 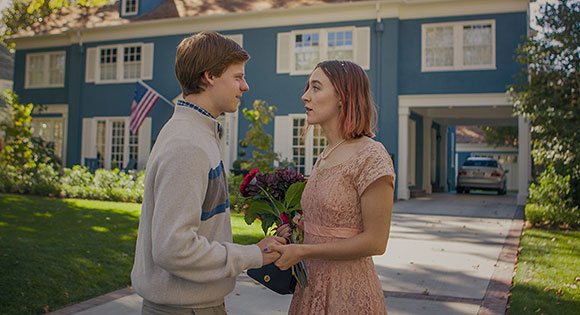 Greta Gerwig's Lady Bird will appeal to every woman who has ever felt the love and pain of difficult interactions with her mother. It will also prove to be a source of wisdom for all those who are convinced that we cannot experience satisfying relationships with others until we have come to terms with the emotional realities of life with our parents.