Directed by Steven Spielberg
The story behind The Washington Post's decision to publish the Pentagon Papers exposing government lies.

We are grateful that the veteran filmmaker Steven Spielberg has opened our eyes to the always dramatic currents of world history with such films as Schindler's List, Saving Private Ryan, Lincoln, Bridge of Spies, and Empire of the Sun. The Post fits right into this thematic niche and, although it does not have the spark and the spunk of the best journalism muckraker movie, All the President's Men, it is well worth seeing and paying serious attention to its insights about history, newspapers, politics, money, and democracy. 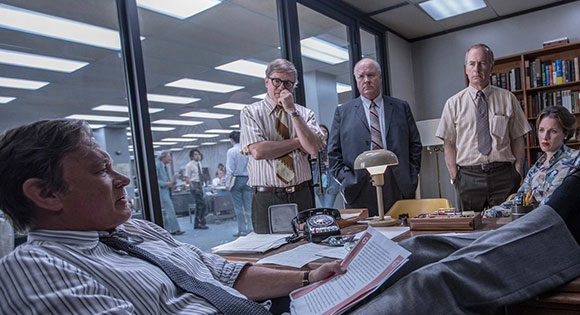 In the summer of 1971 the ship of state during the presidency of Richard Nixon enters turbulent and dangerous waters when the Pentagon Papers, a Defense Department report, were given to the press revealing decades of lies about American involvement in Vietnam. Daniel Ellsberg (Matthew Rhys), a research associate at the Rand Corporation, was the man who watched with a sense of fulfillment when both The New York Times and The Washington Post published extensive excerpts from this report. Robert McNamara (Bruce Greenwood), the Secretary of Defense, has mixed feelings about these swift-moving developments. 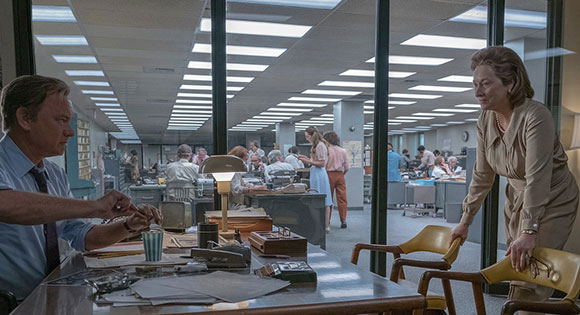 The Nixon Administration succeeds in getting a court injunction against the Times, hoping to stop publication of the rest of the report. But then The Washington Post also obtained the documents. Ben Bradlee (Tom Hanks), Executive Editor of The Washington Post, is gung-ho about doing battle and making history at the same time. But Kay Graham (Meryl Streep), the publisher, is concerned about how their actions could affect the paper's public offering on the stock market. The film focuses in on the pressures she faces from many sides. Will she have the courage to put everything on the line and publish the truth about the government's lies?

Director Steven Spielberg and screenplay writers Liz Hannah and Josh Singer are in total harmony about their high and even holy regard for freedom of the press.