Directed by Xavier Beauvois
A graceful and ethically rich French drama about the heroism of the hard labor performed by families during wartime.

"To storm a breech, conduct an embassy, govern a people, these are brilliant actions; to scold, laugh . . . and deal gently and justly with one's family and oneself . . . that is something rarer, more difficult and less noticed in the world."
-- Montaigne, French essayist

While young French soldiers were experiencing the nightmares of World War I, some of the women left behind were saddled with the back-breaking work of raising crops, bringing in harvests, and trying to stay ahead of the bills. 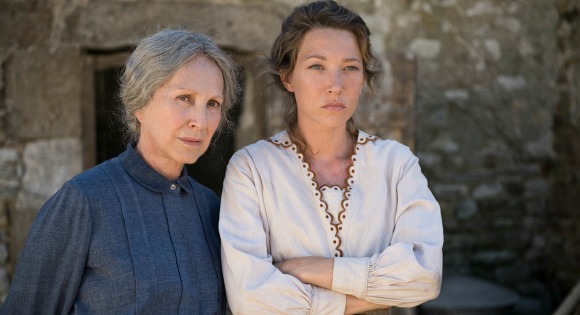 Hortense (Nathalie Baye) is a strong, controlling rural matriarch who is up to handling the many challenges and setbacks that come her way. On their small family farm, she is assisted by her married daughter Solange (Laura Smet). Her two sons, Constant (Nicolas Giraud) and Georges (Cyril Descours) and her son-in-law Clovis (Olivier Rabourdin) are away at the front. When the going gets tough, Hortense hires Francine (Iris Bry), a young woman who surprises everyone with her diligence and effectiveness working in the fields. She is an orphan and desperately wants to be seen as part of this family. 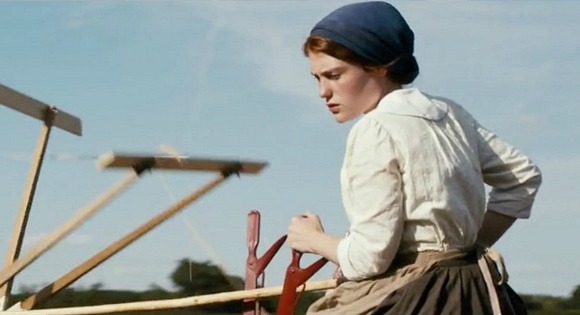 The Guardians is gracefully directed by Xavier Beauvois who was at the helm of Of Gods and Men (2011). The screenplay has been adapted from a 1924 novel by Ernest Perochon which focuses on the quiet heroism of women on the homefront. They keep things together and also provide solace to the returning soldiers; often suffering from shell shock, the men have abandoned the patriotic bromides that took them to a war that has proved to be anything but glorious.

Hortense and Solange are shocked when Constant returns home on leave. He seems alienated from his family and uncomfortable during a visit to the school where he had taught. Clovis is even more set apart from the townsfolk and their hatred and stereotyping of the German soldiers as enemies. During his furlough, Georges, Hortense's youngest son, falls in love with Francine, even though everyone is the small community expects that he will marry Marguerite (Mathilde Viseux) whom he has known since they were both children. 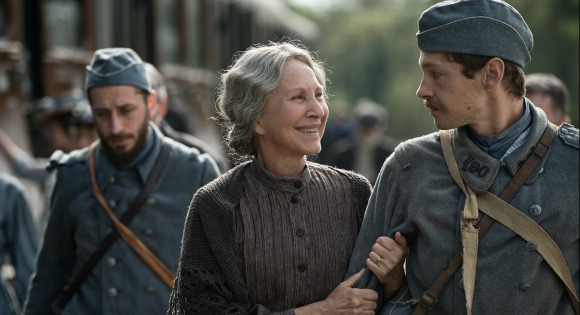 Contemporary film and fiction are filled with portraits of those who wield power, go to war, and lead others. Very few filmmakers focus on the quiet heroism of the hard labor performed by those at home. The Guardians explores this theme and the formidable challenges that beset Hortense as she decides whether or not to "deal gently and justly" with a divisive and unsettling family crisis.

R – some violence and sexuality