Directed by Michael Moore
A powerful, even frightening, documentary on what's happening to America's democracy.

Michael Moore, the director of the Academy Award-winning Bowling for Columbine and other ground-breaking documentaries, returns to take on some of the most potent conundrums of the twenty-first century. How did Donald Trump get elected President of the United States? How could all those black children in Flint, Michigan, be poisoned by lead in their water? Why didn't we know that the U.S. Army, under commander-in-chief Barack Obama, bombed Flint during a training exercise for urban warfare without even warning residents in advance? And as the United States veers closer to despotism, what can we do to save our democracy?

Moore has always been best when he takes his camera to the places where he's not welcome and speaks truth to power. While clearly advocating for a United States ruled "by the people and for the people," he avoids placing all his eggs in one political basket. We have to get rid of the whole rotten system that gave us Trump, he concludes.

To make that point, he gives us examples of grievous behavior by presidents Reagan, Ford, Bush, Clinton, Bush, Obama, and Trump. He lambastes the Congressional leadership of both parties. He blows the cover off celebrity hero-worship of the so-called liberal establishment. 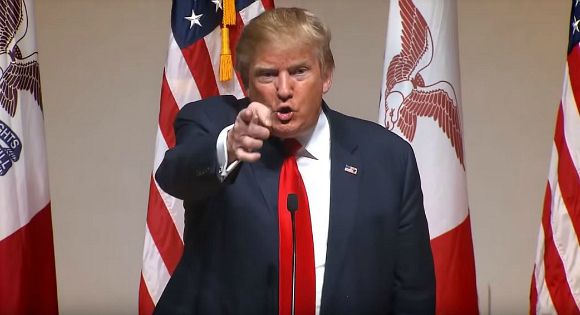 Was there a moment when things could have been turned around? Is the United States on an inevitable path to chaos and loss of freedom? Moore paints a vivid and ugly picture with only a few pockets of hope. He opens with scenes from the 2016 presidential campaign that Hillary Clinton was expected to win easily. He then backtracks to the beginning of the Donald Trump's run for the Republican nomination, claiming that the Trump announcement was just an effort to prove something to NBC when he learned that Gwen Stefani made more money on The Voice than he made for The Apprentice. The reality star's campaign created a ratings bonanza for the media, and he played the media for suckers, only to turn against them when they reported his failures and foibles.

Trump's election, Moore argues, was the result of years of actions that have convinced people that their votes don't count. In 2016, Trump got 63 million votes; Clinton got 66 million; and 100 million didn't vote at all. What accounts for such voter apathy? Why don't people care about or trust the government?

Maybe because of things like what happened in Flint, Michigan. The center portion of the documentary tells that sad and sorry tale. "No terrorist organization has figured out how to poison a whole city," observes Moore, but Michigan's government did. Moore describes the Republican governor, Rick Snyder, as being consumed by greed when he authorized the building of a new water pipeline from Lake Huron, even though during its construction the city of Flint would have to rely on the heavily polluted Flint River for its water supply. When children then began having health problems, the city tested them for lead in the blood. Moore interviews a health worker who shows him the records. Children were testing in the 8 – 10 level, when anything over 3 was considered dangerous. Yet the official records, with changed scores, showed the children in the safe zone and their parents were never informed of any problem. To underscore the danger in the water, Moore sprays some of it on the lawn at the governor's mansion. 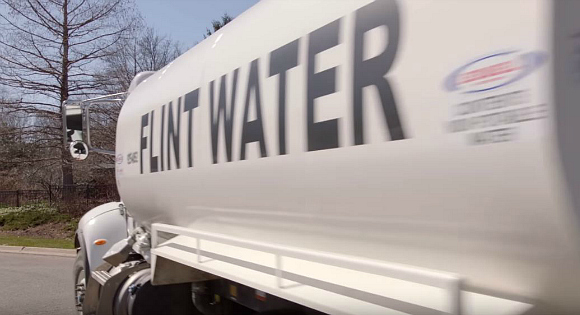 A particularly devastating scene for many liberals is the moment when President Obama visits Flint and instead of declaring a natural emergency puts on a stunt in which he pretends to drink the water -– doing this after whistleblowers released information showing that as many as 10,000 children were suffering from irreversible lead poisoning -- a near genocide of black children.

Another section of the documentary is a chilling comparison between the rise of Adolf Hitler in Germany and the rise of Donald Trump in America. Moore identifies similarities in the two politician's appeals, their ability to pit people against each other, and their use of certain phrases to plant ideas for radical change. Trump, Moore notes, is already talking about eliminating the 2020 elections. 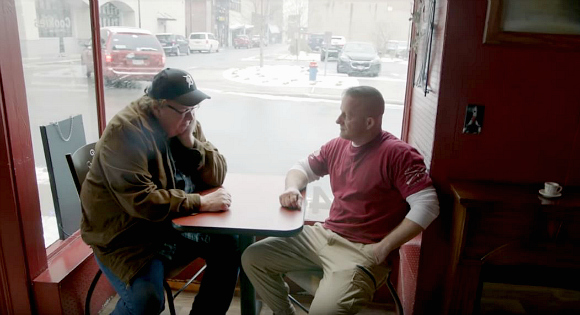 To encourage us, perhaps, or to shake us out of our complacency, Moore gives three examples of change-seekers and change-makers. First is the story of the West Virginia school teachers who went against their employers and their union to go out on strike. They wanted a raise and better health insurance and were resisting a mandate that linked their health coverage to their scores on Fitbit exercise trackers. One school's teachers led the way and before long the whole state's education system was affected.He introduces us to new voices running for office, including New York congressional candidate Alexandria Ocasio-Cortez and West Virginia State Senator Richard Ojeda.

We are allowed inside a meeting of the teens from Parkland High School, who witnessed the gun murders of seventeen students and staff members in their school, as they talk about using social media to protest gun violence. The March for Our Lives they organized was the largest single day of protest in the nation's capital. 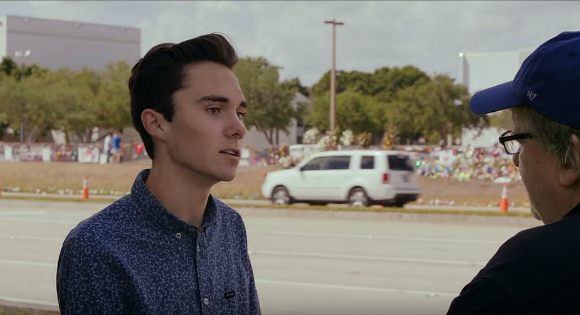 "Democracy in America is an aspiration; we're not there yet," says Timothy Snyder, author of On Tyranny. You may find it difficult to decide whether you are depressed or hopeful after seeing this film. We've had and heard both reactions. We have been reminded of some of the quotes we gathered for The Practicing Democracy Project (www.PracticingDemocracy.net):

"The death of democracy is not likely to be an assassination from ambush. It will be a slow extinction from apathy, indifference, and undernourishment."
— Robert Hutchins, American educational philosopher

"Democracy belongs to those who exercise it."
— Bill Moyers on NOW

"The human heart is the first home of democracy. It is where we embrace our questions. Can we be equitable? Can we be generous? Can we listen with our whole beings, not just our minds, and offer our attention rather than our opinions? And do we have enough resolve in our heart to act courageously, without giving up — ever — trusting our fellow citizens to join with us in our determined pursuit of a living democracy?"
— Terry Tempest Williams in "Engagement," published by Orion Magazine

Fahrenheit 11/9 will hit you in the stomach and set your mind spinning. But, most importantly, it will touch that "first home of democracy," your heart, evoking your compassion, igniting your righteous indignation, and inspiring your commitment to the common good. Come, let us save our democracy together.