Green Book won the People's Choice Award at the Toronto International Film Festival and the Best Picture Academy Award in 2019. It is the first solo release from director Peter Farrelly, who previously worked with his brother Bobby on the raucous comedies Dumb and Dumber and There's Something About Mary. This film, though it has moments of humor, is a serious drama about how a friendship can be forged across the barriers of race and class. 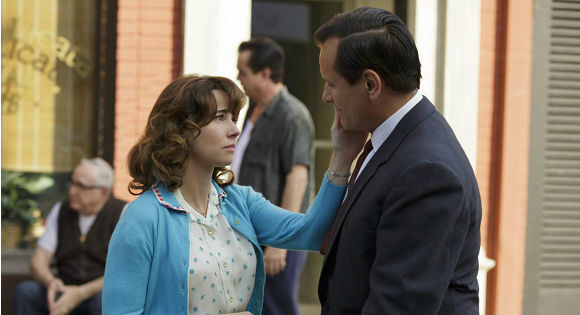 Tony Vallelonga (Viggo Mortensen), a.k.a. Tony Lip, is an Italian-American tough guy who has been working as a bouncer at the Copacabana in New York City. When the club closes for a while, he plans to spend time with his wife Dolores (Linda Cardellini) and close-knit family; he'd prefer not to work for the mobsters who contact him. After hearing about a job as a driver, he is surprised that the interview takes place in an artifact-filled apartment upstairs at Carnegie Hall. 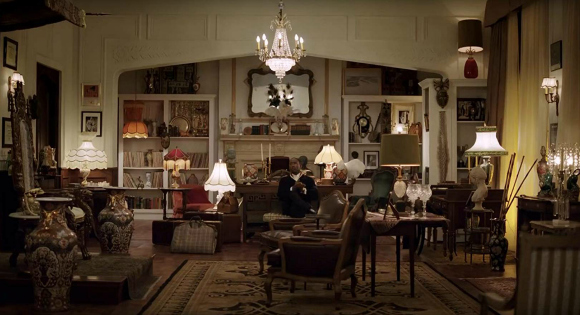 His potential boss is African-American classical and jazz pianist Dr. Don Shirley (Mahershala Ali, who won an Academy Award for his performance in Moonlight). He needs a chauffeur and de facto body guard for his upcoming eight-week concert tour of the South. The year is 1962, and Tony learns that he is expected to find a safe place for Dr. Shirley to stay at night using the Green Book guide to establishments that accept Negroes.

These unlikely traveling companions soon discover they need to make some adjustments in their attitudes if they are going to survive the long hours in the car together. At times they remind us of the squabbling runaway convicts in The Defiant Ones (1958). At other times we can see them as the two very different people in Driving Miss Daisy. The fact that the film, written by Peter Farrelly, Nick Vallelonga, and Brian Hayes Currie, is based on a true story makes it all the more interesting.
We sense early on that Tony may not be comfortable as the hired help for a black man. At home, he throws two water glasses that have been used by black handymen into the trash. How does one overcome that kind of racism? 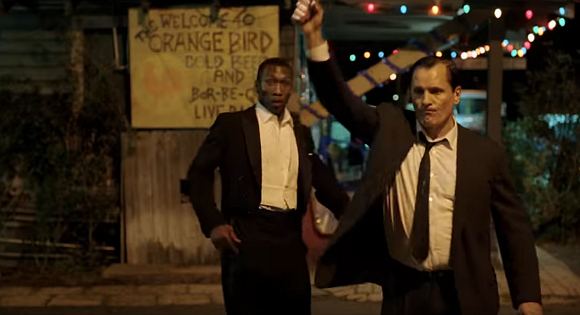 The first step is empathy, discovering what Dr. Shirley has to put up with "traveling while black." The next is finding things they share in common. Throughout, the filmmaker avoids making this friendship easy or uncomplicated. Shirley is not a blameless, innocent victim (he drinks too much and takes unnecessary risks) and Tony is not a white savior standing in stark contrast to the other whites in the segregated south. "Does geography really matter?" Dr. Shirley asks. "Would it be any different in a bar in your neighborhood?"

Gradually, moment by moment, this road movie turns into a buddy movie. Dr. Shirley helps Tony insert more romance into his letters to his wife, and Tony introduces him to fried chicken and Little Richard music. The former bouncer steps in to protect Dr. Shirley from the police, and the musician emphasizes the importance of nonviolence. Best of all, both men learn through their interactions that they are a lot more than they thought they were. This is what we call the spiritual practice of You.