Directed by Benedikt Erlingsson
A watershed Icelandic film which will speak to the hearts and minds of all committed women who are working toward the creation of an ecological civilization.

"To save the life of a single parrot or monkey is truly admirable. But unless the forest is saved, they will all die.

"The whole planet groans under the massive disregard of the precept of ahimsa by the highly organized societies and corporate economies of the world. Thousands of species of animals, and tens of thousands of species of plants, may become extinct in the next century. To nourish living we must not be content simply to have a virtuous diet. To save all beings, we must work tirelessly to maintain the integrity of these mandala-like place of habitat, and the people, creatures, and Buddhas who dwell in their palace-like spaces."
— Gary Snyder in Dharma Rain edited by Stephanie Kaza and Kenneth Kraft 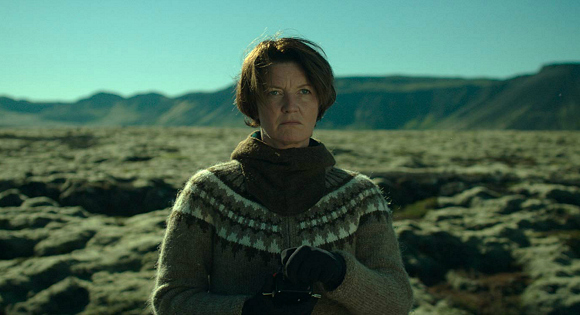 Halla (Halldóra Geirharðsdóttir) understands this truth. She is devoting her life to saving as much as she can of the planet's animals, plants, and children. A robust, charismatic, and physically fit (she practices Tai Chi) Icelandic woman, she leads a choir, when she is not enjoying the great outdoors. She has chosen an outer path of activism, in contrast to her twin sister, a yoga teacher who is pursuing the inner path.

Their mother had advised them to always "seek solutions." And for Halla, this means taking stands. "I'm not a criminal," she explains. "I am trying to stop crimes against us." Iceland is pushing for development, including expanding the operation of an aluminum smelter in the highlands; a deal is in the works with Chinese investors. Convinced this will destroy the landscape and have dire environmental consequences on the people and animals in the region, Halla has embarked upon a sabotage campaign to cut off the plant's power supply. Armed with a steel bow-and-arrow and a host of other handy tools, she succeeds in cutting pylons and even toppling towers, before escaping mostly on foot from helicopters and drones following her across the moors. Animated by a special blend of creativity, charisma, and a spiritual commitment to tikkun olam (repair of the world), she issues a manifesto in the name of "The Woman of the Mountain." Soon the whole country is talking about her and her challenge to industrial growth. 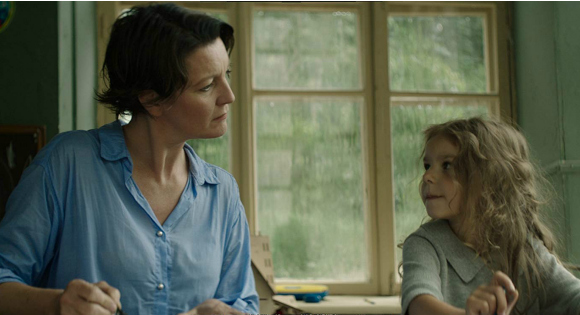 Halla's own commitment to tikkun olam takes a turn, however, when she receives word that her application to adopt a child from the Ukraine, which she had almost forgotten, has been approved, and a little girl is awaiting her. Will she continue her environmental crusade or become a mother rescuing a poor orphan?

"Spiritual forces are moving deeply and powerfully behind the world events in ways that are not obvious on the evening news. Today's headlines, viewed with the right consciousness, can be seen as a living alphabet through which humanity comes to know itself and God. A deeper meaning is found." 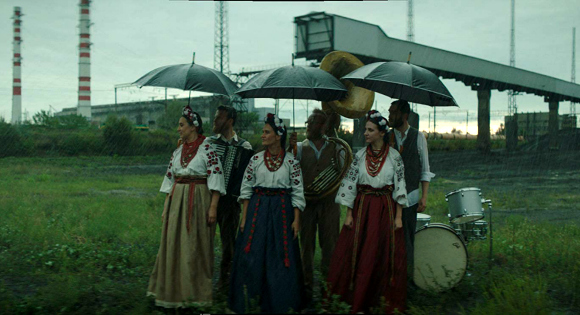 Besides the luminous performance of Halldóra Geirharðsdóttir as both Halla and her generous and encouraging twin sister Asa, this thoroughly enjoyable film written by Benedikt Erlingsson and Ólafur Egilsson wafts its way into our consciousness with wonderful and soothing folk music by Davíð Þór Jónsson. Reflecting Halla's passion for music, the director places musicians and singers in the background for many of the scene (on the moors, by the highway, in a room in Halla's house). Three men play piano, accordian, drums, and sousaphone, and three women sing Ukrainian folk songs.

Halla is a sensitive and gracious caregiver whose main concern is the good earth; when she lies down on the moors and smells deeply of the plants, we can sense her connection. But there is more than one way to use her God-given nurturing skills. The film's heartfelt finale is a celebration of all that has gone before it.