Directed by Josh Howard
Another shocking and horrific expose of American hatred and ignorance.

The Lavender Scare shines a spotlight on the repugnant and little-known story of the U.S. government's moral crusade during the 1950s and 1960s to track down and fire every homosexual employee. The fires that fueled this violation of civil rights was Joseph McCarthy's claim that the U.S. State Department and other agencies had been infiltrated by communist agents, and homosexuals, if not actual spies, could be blackmailed by them.

In 1953, President Eisenhower signed an executive order forbidding the employment of "sexual perverts" in the government or the issuing of a security clearance from a federal contractor. Soon gay men, lesbians, and bisexuals experienced the sting of this mandate as they were subjected to questioning in interrogation rooms about who they lived with, what bars they frequented, and how they would feel if their parents heard about their sexual orientation. 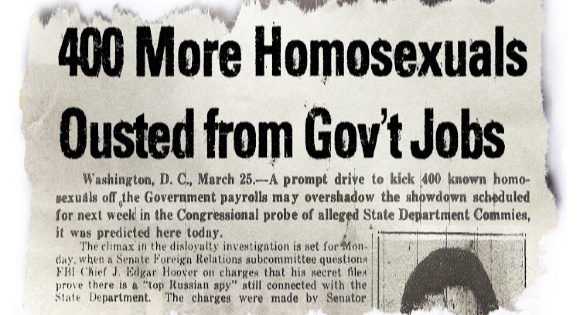 Frightened by these scary tactics, gays were isolated from others and forced to give the names of any acquaintances who were gay. Other employees were encouraged to turn in people they suspected because of the way they walked or talked or for their interests in things considered not "manly" for men or "manish" for women. Many homosexuals quit their jobs immediately while some committed suicide. This period was dubbed "the Lavender Scare" and by 1957, more than 5,000 gay men and women had lost their jobs with the Federal government. The reason given for all this was national security. 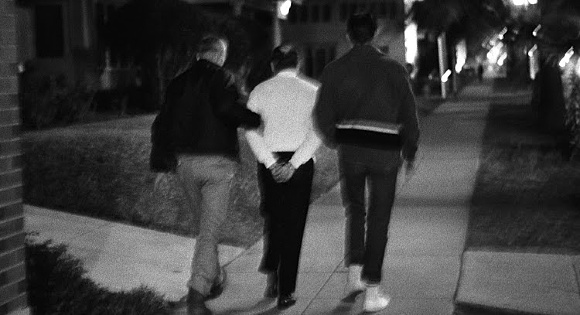 Emmy Award-winner Josh Howard directs this hard-hitting and horrific documentary, which was written by David K. Johnson. Glenn Close is the narrator; David Hyde Pierce, Cynthia Nixon, Zachary Quinto and T. R. Knight are among the voices. Interviews with some of those fired during this period, as well as with some of those in charge of investigations, illustrate the loss to the nation of competent and dedicated people because of rampant homophobia. The surprising finale of the film focuses on the heroism and rugged individualism of Dr. Franklin Kameny, an astronomer who, after losing his job like many other gay men, decided to fight back by organizing the nation's first gay rights protests. 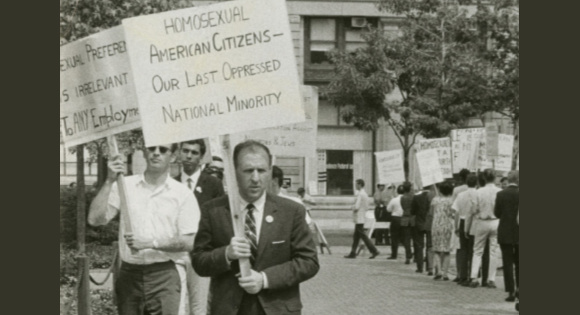 Things finally began to change when President Bill Clinton signed executive orders prohibiting discrimination based on sexual orientation in the federal civilian workforce and the awarding of security clearances. Closeted gay military personnel gained some measure of protection under Clinton's "Don't Ask, Don't Tell" Executive Order, which was repealed and replaced in 2011. But gay rights are still not consistent across all the states and hard-won protections are under new threats from the Trump Administration. Precisely because things are not changing as much as they should, The Lavender Scare is a must-watch film.

Interview with David K. Johnson, author of the award-winning book The Lavender Scare