Directed by John Chester
The hopeful story of a natural farm built on biodiversity and a recognition of interconnections, impermanence, and transformation.

John and Molly Chester are middle-class professionals living in an apartment in Santa Monica, California. He is an accomplished documentary wildlife cinematographer, and she is a chef and organic food blogger. They decide to try a new career path, thanks to their rescue dog Todd. They can't get him to stop barking whenever they are away from the apartment, and their landlord evicts them. They will remain grateful to their four-legged companion from then on! 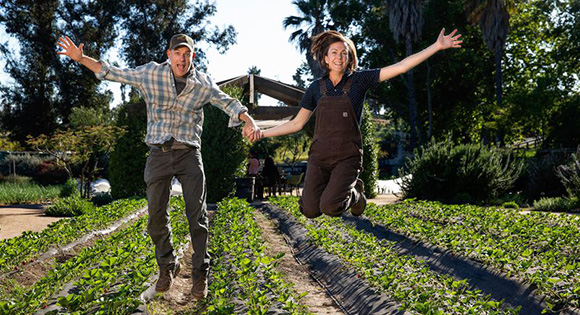 Riding the surf of idealism and hope, the Chesters decide that what they really want to do is farm in harmony with nature. They find Apricot Lane Farms an hour outside of Los Angeles and set about creating a self-contained ecosystem on its 240 acres. They raise money from investors who are excited about their plans for an orchard, organic crops, and all the farm animals they had seen in children's books -- pigs, geese, ducks, sheep, dogs, and chickens.

Lacking the practical and visionary overview for this staggering undertaking, they bring in Alan York, a consultant on traditional farming. He recommends one thing above all else: biodiversity. Plant 75 varieties of fruit trees. Bring in lots of different animals. Make a tea out of their poop and use it to enrich the soil. Plant cover crops to protect the soil from wind storms and floods. Make the whole farm a wildlife habitat. Be hospitable to predators who can keep pests under control. His advice is not only inspirational, it is eminently practical. With a team of students and migrant workers, the Chesters begin converting the dry, rock-filled dirt into luscious top soil filled with nutrients. 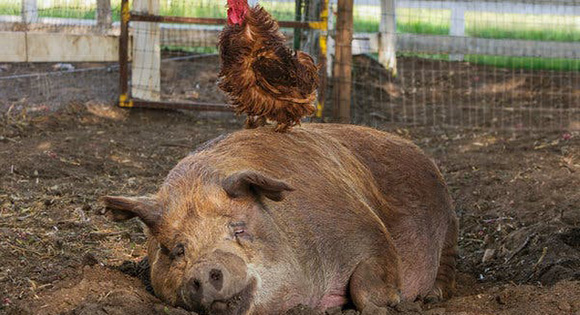 It is exhilarating to watch this hard-working couple manifest their dreams of an earth-based spirituality that reverences Todd, their sheepdogs, a nurturing mother pig named Emma who gives birth to 17 piglets, and a lonely rooster called Greasy who beds down near her.

In his thought-provoking book Sacred Energies, Daniel C. Maguire calls the religions of the world "great symphonies of hope." The Chesters exemplify this kind of hope. They practice the simplicity of living advocated by Buddhists, the harmony and balance in Taoism, the nonviolence of Hinduism (note how the coyotes are integrated into the farm's ecosystem rather than being shot and killed), and the respect for all life at the heart of Native American and Celtic spiritual paths. 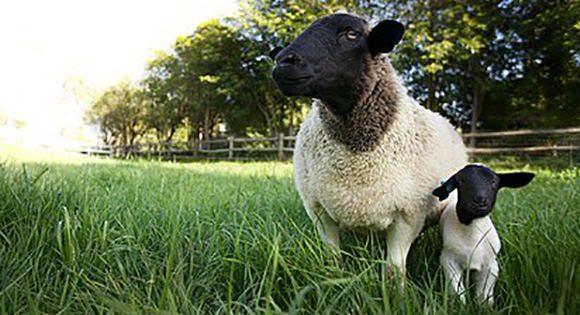 Another exciting dimension of The Biggest Little Farm is the sense-luscious cinematography of John Chester as he chronicles life on the farm over a seven-year period. He creatively conveys the abundance and the beauty of the farm land, the trees, the plants, and the wildlife.

He also captures the dismay and occasional despair of the farm workers as they deal with setbacks and challenges. During a period they describe as the "slow disillusionment of our earnest intent," the Chesters decide that intent alone is not protection. Their chickens and ducks are killed by coyotes; birds eat the fruit in the orchard, so that 70% of the harvest cannot be sold; when the birds are gone, snails arrive; and gophers dig holes throughout the now rich and loose soil and gnaw on tree roots. Alan York had urged them to trust in biodiversity, but will having a mix of predators and prey protect the farm in the long run? 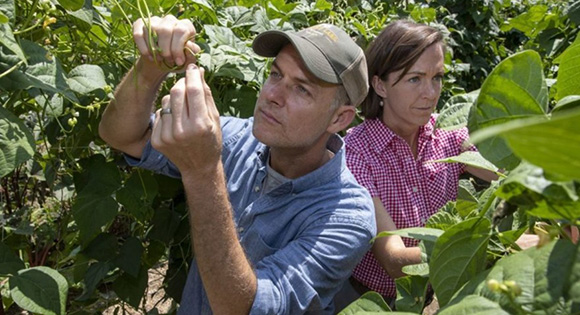 Throughout this hopeful documentary, we see how Apricot Lane Farms itself becomes a spiritual teacher to the Chesters. At one point, John admits, "Our farm is energized entirely by the impermanence of life." Everything is connected, and one part supports and nourishes another, even as it passes away from one form to the next. This is what Buddhist teacher Thich Nhat Hanh wrote about in Present Moment Wonderful Moment. He's talking specifically about garbage, but the same truths apply to all the beings on this natural farm:

"Garbage can smell terrible, especially rotting organic matter. But it can also become rich compost for fertilizing the garden. The fragrant rose and the stinking garbage are two sides of the same existence. Without one, the other cannot be. Everything is in transformation. The rose that wilts after six days will become a part of the garbage. After six months the garbage is transformed into a rose. When we speak of impermanence, we understand that everything is in transformation. This becomes that, and that becomes this." 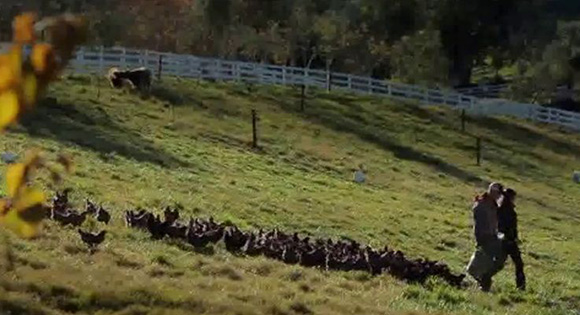 The Chesters' experiences reminded us of another couple farming in the traditional way across the country. In their book The Nourishing Homestead: One Back-To-The-Land Family's Plan for Cultivating Soil, Skills, and Spirit, Ben and Penny Hewitt describe how they have spent 15 years nurturing nutrient-dense, nourishing food on their small plot of land in northern Vermont. We're sure the Chesters would appreciate the three skills they have learned through trials and experiments: maintaining equanimity, prioritizing, and organization. They have identified some touchstone principles, ideas, and ideals important for a life committed to the land. (Read the book excerpt for more on each principle.)