Directed by Christopher Keyser
A thought-provoking drama about youth facing the challenges of citizenship, community, and freedom.

A rising tide of criticism is focusing on the direction American society is going, and many worry that the nation's democracy is already on life support. What are some of the factors creating this catastrophic situation? Fear is rampant as racial and ethnic prejudice have intensified. Self-interest has become the chief ideal with civic duty following far behind. Polls reveal a great deal of anger and frustration about both government authority and government inactivity. And domestic terrorism and random violence haunts citizens who live every day worried about people with guns.

Given the divisive debates about where the society is headed, there is much concern about how today's youth will handle the immense challenges and dangers of the future. Do they have the moral and ethical fiber to stand up for equality, peace, justice, and freedom? Will they find inside themselves the courage and the creativity to mend the world and solve disputes? Is it possible that they can restore the vitality and healing balm of citizenship where individuals prioritize the common good?

The Society is a top-notch 10-part young adult drama now streaming on Netflix. Directed by Christopher Keyser, it is a story that admirably and realistically catches the contradictions and mysteries of adolescents who are trying to make their way in the world as they transition from youth to adulthood. It is also a tutorial on how to create a democracy — or not. 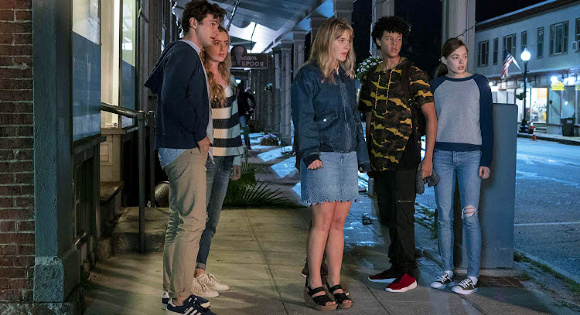 Welcome to West Ham, Connecticut, a suburban community with seemingly few problems. When a foul smell envelops the town, the adults decide to send their high school sons and daughters away to the mountains for a camping retreat. But when the school busses drive through a thunderstorm and find the road closed by a rock slide, they turn around and return to town. Disembarking late at night, the youth discover that the smell is gone, but so are their parents and all the other adults, and no one can reach them. 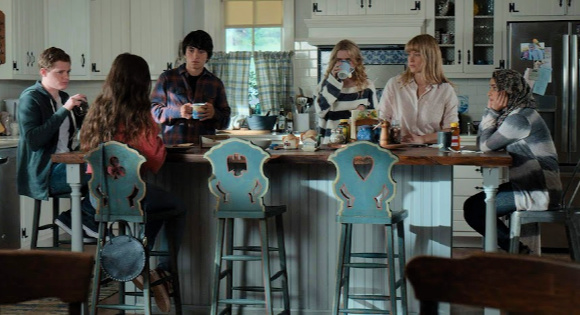 These 200-some teens go to the same high school and are representative of the types you'd find in a wealthy, mostly white, community. The obvious person to take up a leadership role is Cassandra (Rachel Keller), the student council president. Her biggest supporters are her younger sister Allie (Kathryn Newton); Gordie (Jose Julian), a science and medicine nerd; Will (Jacques Colimon), a poor boy who lives outside of town; and Becca (Gideon Adlon), a smart and sensible girl who is best friends with Sam (Sean Berdy), a sensitive deaf boy. His brother Campbell (Toby Wallace) is an exact opposite — menacing and violent toward other students, extremely controlling in his relationship with Elle (Olivia DeJonge). Jock Luke (Alex MacNicoll) is in love with Helena (Natasha Liu Bordizzo), a religious girl who sometimes preaches in the church. Competing with Cassandra for group leader is Harry (Alex Fitzalan), a rich boy with a strong sense of entitlement. His girlfriend Kelly (Kristin Forseth) is fed up with his possessiveness and often sides with the others. 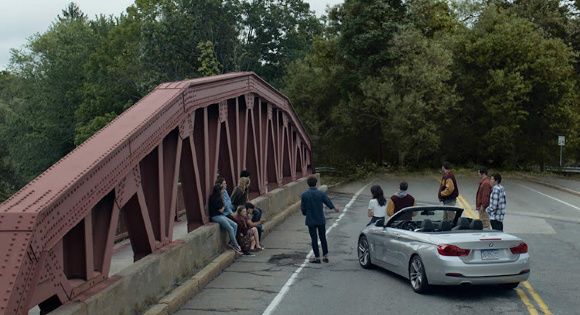 The first night back in town, the teens have only one thing on their minds — to party. The church is turned into a dance hall. But in the morning, they realize how dire their situation really is. They are cut off from the rest of the world. They can phone each other, but no one outside; there is no cable or Internet. When they decide to drive for help, they discover that all the roads out of town lead into dense forest. A small group led by Grizz (Jack Mulhern), who knows some things about outdoor survival, tries to find a path out, but when one of them is killed by a snake bite, they return to town.

Speculation abounds about where they are and what is happening to them. Are they in some kind of parallel universe? Is some elaborate joke being played on them? Several remember an Old Testament passage they saw earlier written on the outside wall of the church: "You have been weighed in the balance and found wanting." Most of them are convinced there must be a reason this has happened. Only Sam, who is used to living in mystery and wonder due to his deafness, says, "What if there is no why? What if it just is?" 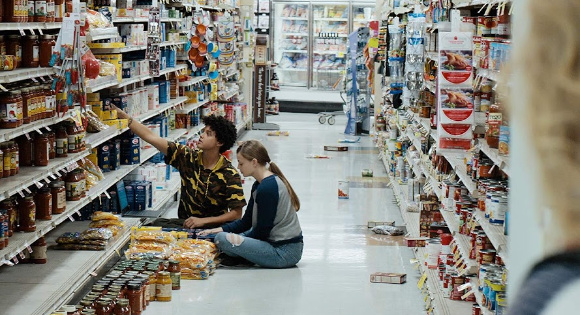 It's obvious that first off, they have to make some decisions about how they will live without any adults or the societal system they are used to. Cassandra's leadership abilities are tested as she tries to animate everyone to action. She asks that they agree not to just take things so that their food and other supplies can last, and an inventory of their resources is organized. Chores are assigned with mandatory participation. They begin to eat meals together and move into fewer homes to cut down on electricity and water use.

Writer and director Keyser tries to cover all the bases as the suspense builds in this young community. Class differences surface in a rough game of "Fugitive" where those captured are beaten up in a display of power. Movie nights and a prom are organized to distract them from the seriousness of their predicament and remind them of happier times. The jocks organize themselves as the "Guard" providing security for both resources and individuals. Still Cassandra's plan faces some steep opposition, and at one point, she gathers the girls and laments, "If we don't do something, male testosterone is going to be the end of us." 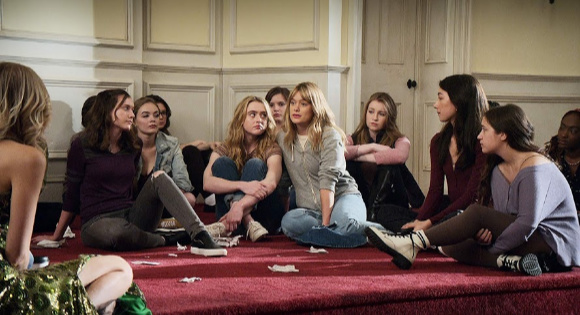 When Cassandra's younger sister Allie takes over for her, she faces new challenges making this society work, including a rival for power in Lexie (Grace Victoria Cox). Resources have to be allocated. Justice needs to be dispensed. They have to made decisions about gun control and capital punishment. Both a trial and an election are organized.

Throughout the 10 episodes, The Society remains both chilling and thought-provoking. Those who are familiar with Henry Hook's 1990 film Lord of the Flies, based on William Golding's 1953 novel, will see thematic links between the two dramas: the second deals with a band of 24 cadets who are stranded on an isolated island after their plane crashes. When asked about its dark messages, Golding responded:

"The theme is an attempt to trace the defects of society back to the defects of human nature. The moral is that the shape of a society must depend on the ethical nature of the individual and not on any political system however apparently logical or respectable." 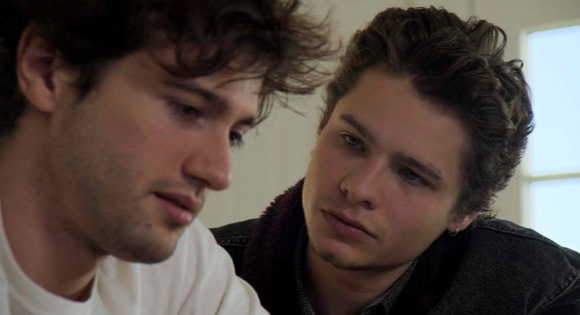 The Society touches on the theme of the dark sides of human nature, particularly in the characters of Campbell and Harry, but it also highlights admirable qualities in a leader and among those in the community who are eager to serve and care for others. Without adults to lead the way, it is up to the stranded youth to shape their present and future. The series shows how that process develops, while also providing a poignant portrait of resilience.

In an interview in the New York Post, Director Keyser says that he was intrigued by the idea that "some group of characters suddenly has responsibility for which they are unprepared . . . I'm interested in this general question of 'how did we get here and can we do better"." The series asks, "A version of the universe is your responsibility. What would you do? . . ."

We are interested in that question, too. As the youth of New Ham create their new society, their path is similar to our own. It's called democracy. To assess their and your own experience of democracy, see our Values & Visions Guide to The Society.

Values & Visions Guide to The Society