The singer/songwriter Bob Dylan, who was born in 1941 in Duluth, Minnesota, is similar to the film character of Zorba the Greek who introduced himself with "I have many names if you are interested." There's nothing simple about either one of these outsiders whose multitalented skills and unconventional personalities put them on the periphery of the societies in which they lived. 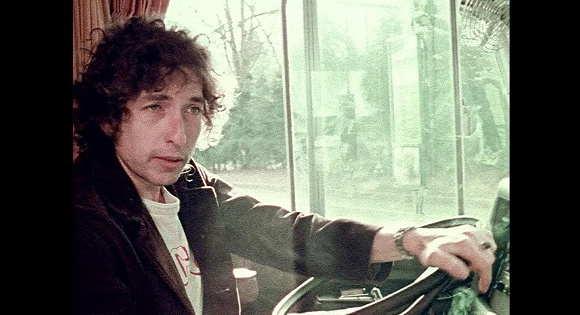 In 2016, Dylan won the Nobel Prize in Literature "for having created new poetic expressions within the great America song tradition." Now the formidable veteran film director Martin Scorsese has created a playful, rambling, and rousing rock documentary about Bob Dylan's 1975 road tour where he traveled across the country (even driving one of the buses) with a group of gifted band members and other singers/songwriters eager to be part of a funky and unprecedented musical extravaganza. Instead of performing in large arenas and stadiums, Dylan and company played in small towns in concert halls holding only 3,000 seats. 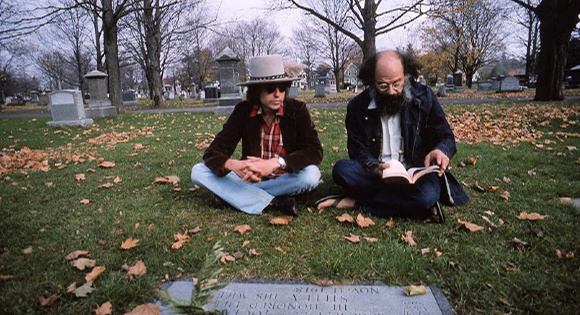 The famous American poet Allen Ginsberg (see our Naming the Days profile for his birthday) serves as the philosophical guru of the revue. Joan Baez and Joni Mitchell are on hand to showcase their vocal talents; poet Patti Smith and violinist Scarlet Rivera display their love of mystery; the former Byrd Roger McGuinn does a whimsical imitation of Dylan's vocal style; movie stars Sharon Stone and Sam Shepard reminisce about meeting Dylan and joining the tour; and intimations of the cultural clashes of this Bicentennial era are conveyed in vignettes from President Richard Nixon, Hurricane Carter, and actor Michael Murphy. 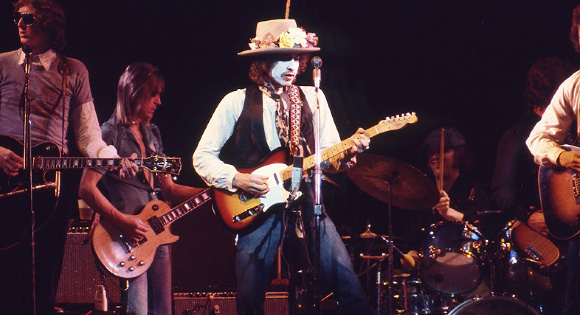 Rolling Thunder Revue: A Bob Dylan Story by Martin Scorsese provides fascinating glimpses of the versatile singer/songwriter as he tries to remember the past, does not appreciate the irritation of the press, insists on wearing whiteface, and derives pleasure from improvising with other musicians in back rooms closed off from the public. Best of all is the energy and camaraderie exhibited during some of the best songs, including "Mr. Tambourine Man," "A Hard Rain's A-Gonna Fall," "Hurricane," "Just Like a Woman," "Knockin' On Heaven's Door," "One More Cup of Coffee," "When I Paint My Masterpiece," "Blowin' in the Wind," and "I Shall Be Released" (the two last ones with Joan Baez).