Toni Morrison: The Pieces I Am

Directed by Timothy Greenfield-Sanders
Enlightening and wide-ranging documentary on the life and work of the great African-American writer.

Toni Morrison is one of America's most celebrated storytellers, having been awarded the Pulitzer Prize, the Nobel Prize in Literature, and the Medal of Distinguished Contribution to American Letters by the National Book Foundation. A shy person who cherishes solitude, Morrison agreed to let her old friend Timothy Greenfield-Sanders put together this enlightening documentary on her striking and august life and career.

Born into a working-class family and raised in the steel town of Lorain, Ohio, Morrison learned early on that "words have power." She received a B.A. in English from Howard University and a Master of Arts from Cornell. She began work as an editor at Random House in the fiction division where she nurtured the careers of African-American writers. Known as a fabulous cook, she shared her famous carrot cake with colleagues in return for helping to type her first novel, The Bluest Eye, released when she was 39. She published with Alfred A. Knopf, working with editor Robert Gottlieb. 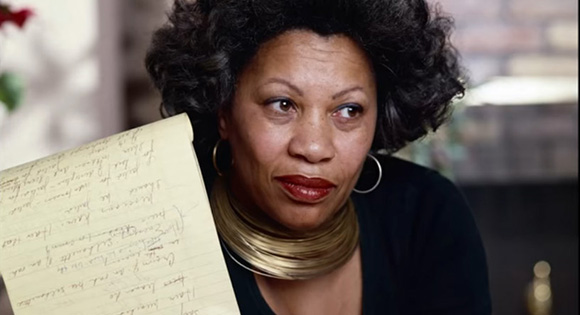 From the outset of her writing career, Morrison made it possible for millions of Americans to experience what it was like to be black in a country plagued by racism. She spared no details as she described how first slaves and then free African-Americans were treated as vile, violent, disadvantaged, and ignorant. By telling stories about these people, Morrison dignified their lives.

In the documentary, Morrison discusses a handful of her 13 books, including Sula, Song of Solomon, and Beloved, which was a turning point in her career. Robert Gottlieb, Hilton Als, Angela Davis, Walter Mosely, Sonia Sanchez, and Oprah Winfrey provide insights into the impact of her work. Winfrey, who introduced many new readers to Morrison's novels through her book club, also paved the way for Beloved to be made into a film. 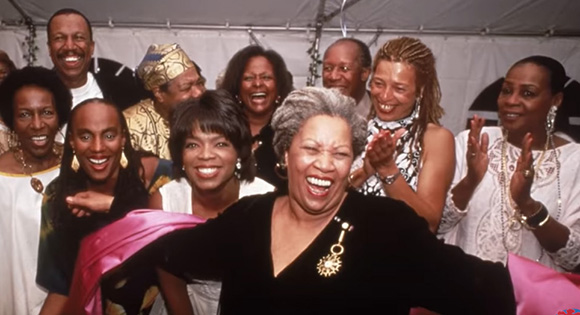 Hats off to Greenfield-Sanders for engaging the author in such sober and serious ways that she candidly reveals her views on racism in America, the white gaze, economic inequality, violence and continued oppression. Morrison plunges into the places where color lines separate races. In these dehumanized zones, neither beauty or solitude, hatred or independence can dispel the aching need all human beings have for respect. 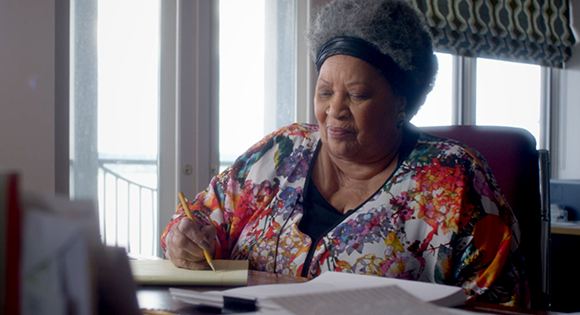 One theme that comes through clearly in this documentary is Morrison' spiritual skills as a teacher and an editor. She wrote about this important character quality years ago:

"Leaders are rare in this world but they are essential in creating abundance and helping others. If you are a leader take 100% responsibility and own up to your role in the world. Being a leader is a privilege."

The Source of Self-Regard: Selected Essays, Speeches, and Meditations by Toni Morrison