Directed by Benjamin Gilmore
A powerful story of a soldier seeking forgiveness and to make amends for a war crime in an Afghan village.

Soldiers are taught to hate the enemy, to see them as evil people who have no other intention than to kill you. Therefore, killing them first is considered a good, noble, and necessary act. But as spiritual teacher Sam Keen points out in Faces of the Enemy: Reflections of the Hostile Imagination, this "Us" versus "Them" attitude only leads to more hostility and more violence for generation after generation.

There are a staggering number of ongoing armed conflicts in the world. Four conflicts — the Afghanistan conflict, the Mexican Drug War, the Syrian Civil War, and the Yemeni Crisis — have caused at least 10,000 direct violent deaths in 2018 and 2019, many of them civilians. Given this reality, it is not surprising that there is ongoing support for retaliation and revenge. That's why it is so surprising, salutary, and spiritually rewarding to come across a movie that focuses on the healing power of forgiveness.

For this, we are grateful to writer and director Benjamin Gilmour and the courageous and remarkable cast of Jirga. After permission was denied for his plans to film in Pakistan, Gilmour took his star Sam Smith and filmed in Taliban-controlled regions of Afghanistan, using some incredibly natural non-actors, a few being former members of the Taliban itself. Jirga was Australia's pick for the Best Foreign Language Film for the 2019 Academy Awards. 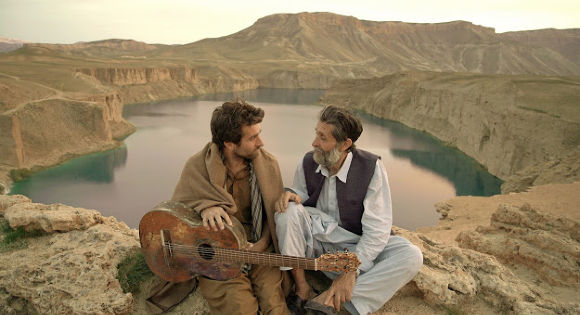 The film opens as Australian soldiers are conducting a night raid on a village in Afghanistan. When it is over, one of them, Mike (Sam Smith) discovers he has shot an unarmed man; he watches as the man's family drags the body back into their house.

Three years later, Mike has left the military and returned to Afghanistan. He wants to find the family and make amends for what he has done. When his military contact declares it is too dangerous to go back to the village, now under Taliban control, he convinces a taxi driver (Sher Alam Miskeen Ustad) to take him to a tourist site. Along the way, the two men, who speak only a little of each other's languages, bond over music. But even though they have many moments of camaraderie, the taxi driver refuses to take Mike all the way to the village of the raid. 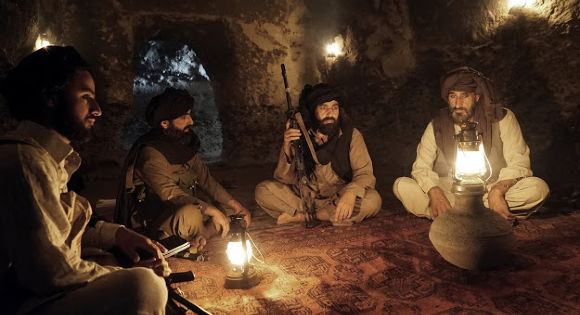 After crossing the desert on foot, Mike is discovered by a group of Taliban. When he explains his mission — to give his victim's family the large stash of money he has brought with him — the Taliban leader (Amir Shah Talash) advises against trying to buy forgiveness. But they do decide to help him by taking him to the village. There Mike submits himself to the judgment of the "Jirga," the traditional Pashtun tribal authority of community elders. 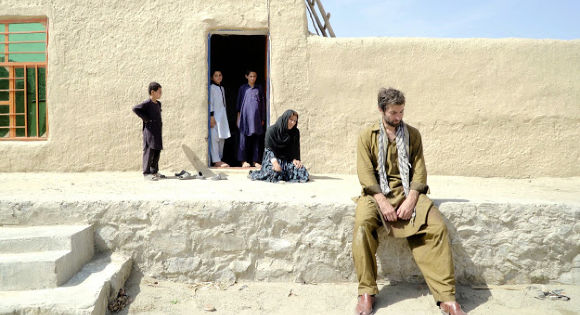 "Forgiveness is something freely granted, whether earned or deserved; something lovingly offered without thought of acknowledgment or return. It is our way of mirroring the goodness in the heart of a person rather than raising up the harshness of their actions.

"But, most of all, it makes us one with the human family and allows us to live in the sunlight of the present, not the darkness of the past. Forgiveness alone, of all our human actions, opens up the world to the miracle of infinite possibility. And that, perhaps, is the closest we can come, in our humble human fashion, to the divine act of bestowing grace."
— Kent Nerburn in Make Me an Instrument of Your Peace

Director Benjamin Gilmour, in a Director's Statement, expressed these intentions for his film:

"With Jirga I wanted to counter the Islamic terrorist stereotypes and modern military propaganda we face in the West, demonstrating the true human cost of conflict. Civilians trying to survive in their ravaged lands are not the only ones who believe that war is unjust. Many damaged and disillusioned soldiers have also come to share that view. . . .

"Jirga is also intended to give the audience a new perspective on the lives of ordinary Afghan Muslims. It’s a great shame most westerner’s understanding of Afghanistan is only as a war zone. Of course, there’s active warfare in some provinces, but the country also boasts stunning natural landscapes and a rich culture of music and poetry. These aspects are so often overlooked yet so close to the hearts of Afghans. . . .

"I hope Jirga is seen as a film that doesn't attempt to neatly divide the good from the bad, but instead offers an insight into the character and motives of those we view as the enemy and the struggles of Afghans and the mercy found in their faith and traditions." 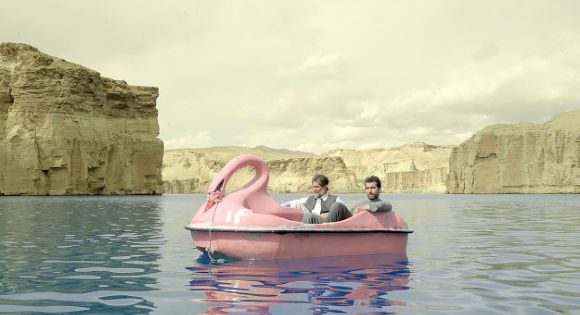 Here are our spiritual take-aways from the film: