Raise Hell: The Life and Times of Molly Ivins

Brilliant, brave, clever, and creative, journalist Molly Ivins spoke out against the follies of government and the suffering brought on by social inequities. Raised into Texas oil wealth, she spent her youth voraciously reading books. She was different from her classmates in other ways; by the time she was twelve she was six feet tall. She went on to Smith College and the Columbia University Graduate School of Journalism. 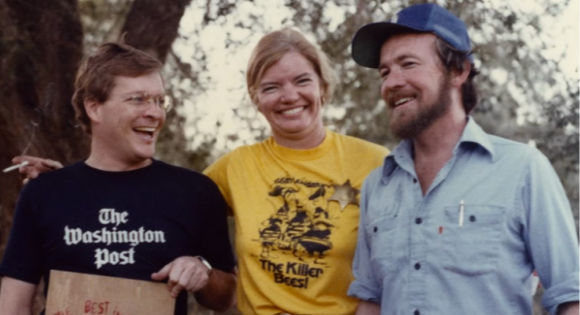 Ivins' first job in what would be a whirlwind career was at the Minneapolis Tribune where she worked with gusto as the paper's first female crime-beat reporter. Returning to Texas, she became a political reporter for the Texas Observer, covering the state legislature. She also worked at The New York Times, where she wrote the obituary for Elvis Presley, but her style was too unorthodox for the paper. She returned home to work for the Dallas Times Herald and later the Fort Worth Star-Telegraph.

In her last years before her death from cancer in 2007, as an independent journalist, she wrote a column that was syndicated to more than 400 outlets. She became famous for taking down politicians, and raising up social inequalities. Her passion for fairness, competence, and justice was expressed through cutting and insightful humor. 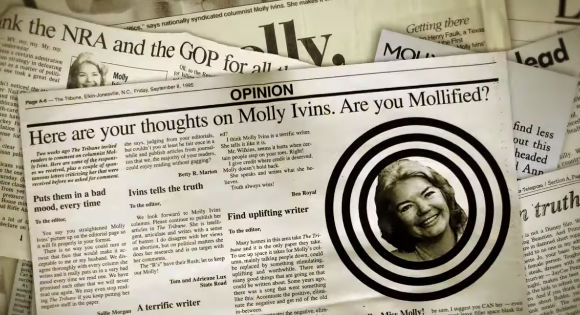 Janice Engel, the gifted director of this hilariously witty documentary, interviews Ivins' friends, family, and colleagues to present her larger-than-life personality and her impact on journalism. She makes a wise decision to use film clips and stories to showcase the full range of Ivins' humor. Here are just a few or her comic barbs: 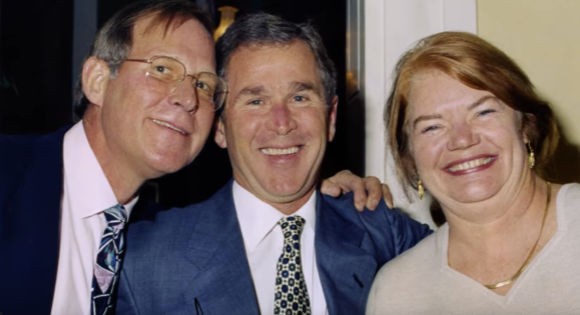 As we watched the extraordinary life of this political pundit, champion of the people, successful columnist, and best-selling author, we marveled at her vision of journalism as a high calling when it speaks out against the principalities and powers that keep people down.

Dan Rather commends her pluck and Rachel Maddow says, "She was not afraid to be angry, but she made a case that she was doing it because it was deserved, and she made you laugh while she was doing it. I don't know anybody else who does that now."