Another Day of Life

You must save something if you can. Because people disappear without a trace. Completely and irretrievably. From the world, and then from our memory.
— Ryszard Kapuscinski

Another Day of Life is an intense, chilling, and convincing anti-war animated documentary about the civil war in Angola at the time of its independence in 1975. With the exit of the Portuguese colonizers, two factions fought with each other to determine who would rule and control the country's thriving businesses and resources, especially diamonds and oil. 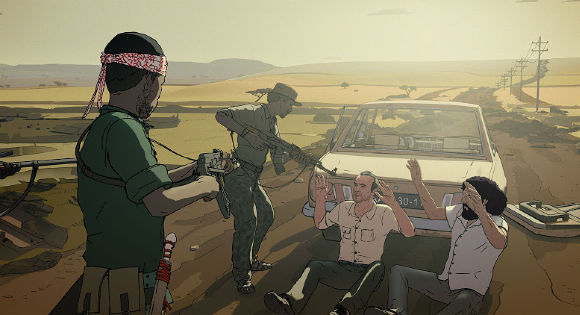 The film is based upon a book by acclaimed Polish war correspondent Ryszard Kapuscinski (1932 – 2007) in which he described the situation he witnessed with the Portuguese term confusão, “a state of absolute disorientation.” His story is told through animated recreations of his experiences during the war and filmed interviews with those he met and worked with.

Despite the advice of fellow journalists, Kapuscinski decides to travel from the relatively safe capital of Angola to the southern front in order to interview Farrusco, a military leader of the MPLA, the Soviet- and Cuba-backed People's Movement for the Liberation of Angola. Other militias were supported by other African interests as well as the United States and South Africa. By the time the war ended in 2002, nearly one million people were displaced and 5,000 were dead. 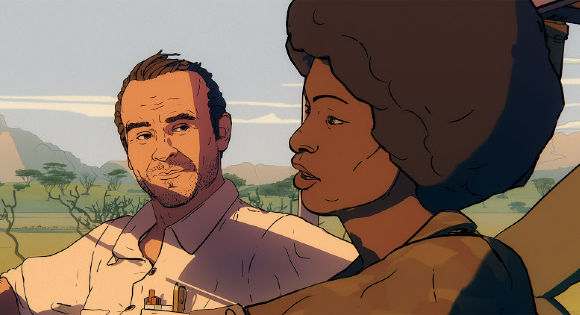 The film brings us along on Kapuscinski's travels through dangerous situations and his encounters with memorable people. Since his words (voiced by Kerry Shale) are used for the narration, we empathize with his perspectives — the horror that he and his companion Artur (Daniel Flynn) feel upon coming across a road clogged with corpses, his fascination with a charismatic female freedom fighter named Carlotta (Lillie Flynn), the desire of the people to be photographed so people would know "this is the face I had when I was alive." At a key moment, the journalist has to decide whether to maintain his objectivity or reveal information that could change the outcome of the conflict. 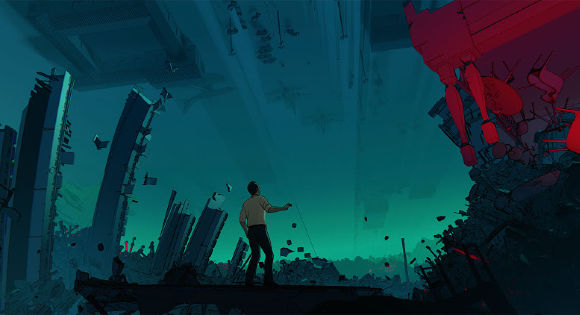 IndieWire has published a review of Another Day of Life that includes excerpts from interviews with the two directors. We were very impressed with the insights and respect for the substantive themes of this story as explained by director Raul de la Fuente:

"I was fascinated by this surrealistic diary, the desperate chronicle of a reporter at the limit of his strengths, fighting for survival and finding the truth in a chaotic and fuzzy war. This film is a hallucinatory trip into the heart of darkness, a Cold War tale with a thrilling spy mood, magnetic topics, and characters: decolonization, freedom fighters, boy soldiers, epic battles, and, above all, the surreal and poetic approach by Kapuscinski."