Nomad: In the Footsteps of Bruce Chatwin

Directed by Werner Herzog
A revealing documentary about two creative and wonderstruck friends.

Nomad: In the Footsteps of Bruce Chatwin is streaming beginning August 26 via the Film Forum's Virtual Cinema. Click here for access.

This fascinating and idiosyncratic documentary by Werner Herzog looks at the life and legacy of Bruce Chatwin (1940 - 1989), a traveler, art expert, and seeker of the bizarre and the mysterious aspects of the human adventure. The filmmaker considers him to be a "kindred spirit." They shared not only a friendship but also the quest for strange places, secret knowledge, ancient wisdom, profound beauty, and facts that can be reframed by the imagination. 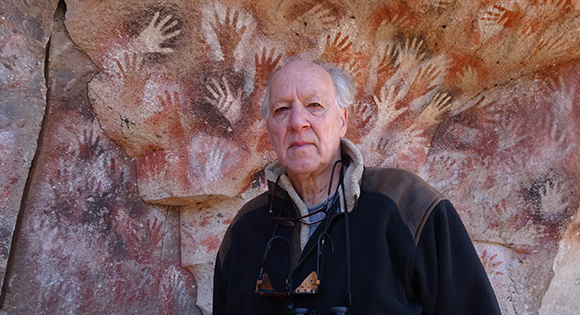 Herzog serves as the narrator of this documentary which is divided into chapters based on Chatwin's books. It also presents commentary by his biographer Nicholas Shakespeare; interviews with Chatwin's wife about her husband's sexual proclivities; and memories of this extraordinary writer by friends and colleagues. It is very pleasing to watch Herzog poke around a site in Patagonia where years earlier Chatwin was thrilled to be in a place where giant sloths had once ambled around.

After being praised as an outstanding travel writer, Chatwin decided to visit Australia and to listen to aboriginal elders who were the country's archetypal wanderers and desert dwellers. They introduced him to the songlines, the labyrinth of invisible pathways meandering all over Australia. The aboriginals call them "the footprints of the ancestors." Herzog talks with some elders who admired Chatwin and his approach to their culture. 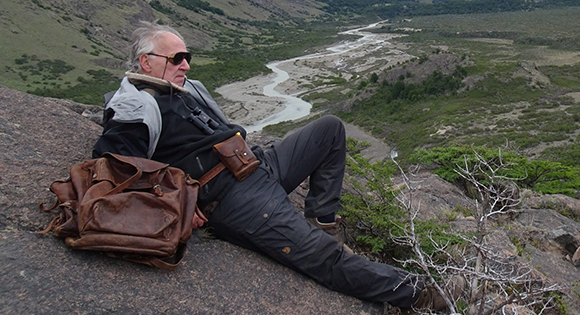 Another bond between Herzog and Chatwin was their mutual respect for "the sacramental aspect of walking." It seems appropriate, then, that Herzog has inherited Chatwin's leather and weather-beaten travel bag.

This spiritually edifying documentary shows how this simple yet inspirational habit fosters insight, creativity, and camaraderie. It seems appropriate, then, that Herzog carried Chatwin's leather, weather-beaten travel bag during the documentary.