Directed by Rubaiyat Hossain
An inspiring portrait of a persistent and resilient young woman fighting for workers' rights in a garment factory.

"Women aren't victims anymore; they're agents of change."
-- Rubaiyat Hossain, director of Made in Bangladesh

Here is yet another film that will speak to all those who support the courageous workers around the world fighting for fair wages, improved working conditions, and a lessening of the growing gap between the rich and the poor that is fueled by the aggression and human rights violations of greedy global capitalists.

Shimu (Rikita Nandini Shimu) is a 23 year old who works long and physically punishing shifts at a Dhaka garment factory. Her husband is unemployed, so she is their sole means of income. After a fire at the factory sends all the workers fleeing in panic into the streets, they all mourn the death of one of their co-workers. This catastrophe ripples through the consciousness of these poor women workers who share their feelings of grief, anger, helplessness, and hopelessness. 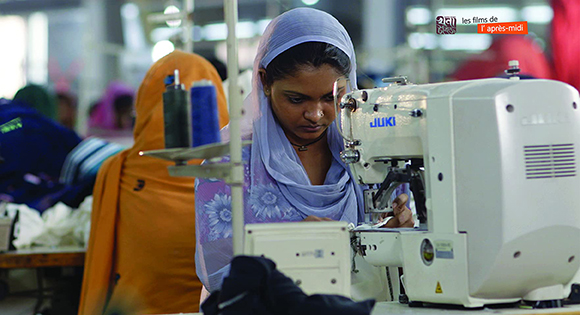 A labor advocate (Shahana Goswami) contacts Shimu and invites her to bring some of her co-workers to a meeting where she explains the value of organizing a union to defend the workers' rights. She explains that there are laws on the books that protect them from the abuses they have suffered, such as not getting overtime pay, unjustified firings, sexual harassment, and more.

Shimu proves to be a feisty and resourceful young women as she gathers the necessary signatures to apply for union recognition. She is elected president but faces criticism from some of her co-workers who are fearful of losing their jobs. Nevertheless, she persists, furtively taking photographs and recording conversations in the factory to strengthen their case and pressuring bureaucrats to approve their papers. She must dig deeper when even her chauvinistic husband (Mostafa Monwar) takes a stand against her unionizing. 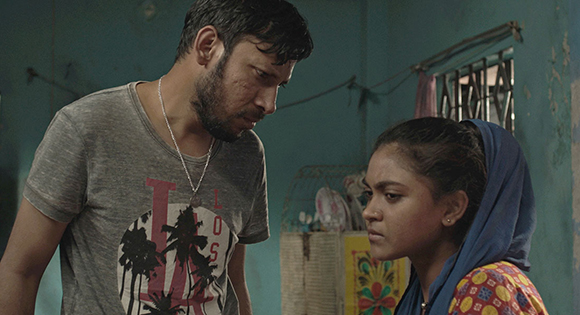 Let’s roll out the red carpet for Rubaiyat Hossain who draws out a bold and inspiring performance from Rikita Nandini Shimu as a leader who comes into her own as she faces formidable challenges in the fight against rampant corruption and injustices in the textile industry. In one of the many memorable scenes she learns that two or three of the t-shirts she sews is sold for the equivalent of one month of her wages; she sews 1650 of them each day! That fact alone is enough to make her into a committed and creative agent of change!