I Carry You with Me (Te Illevo Conmigo)

Directed by Heidi Ewing
A love story about two gay immigrants that is full of surprises.

I Carry You with Me showed at the 58th New York Film Festival in October 2020.

"You are my surprise, but you arrived a little soon."
from I Carry You with Me

Gerardo (Christian Vazquez) is an established teacher in Puebla City, Mexico, when he meets Ivan (Armando Espitia) who has dreams of becoming a chef. They connect at an underground gay bar in 1994 and fall in love at first sight. But neither of them has any idea of the choices, setbacks, and challenges their love will face over the years.

At the start of their relationship, Ivan is weighed down by estrangement from his wife and his yearning to be close to his young son. Luckily, Sandra (Michelle Rodriguez), a close friend since childhood, is there to lift his spirits. His love for Gerardo is tested when he decides to "cross over" to the United States. He wants to go to New York City, get a job at a restaurant, send money back to Mexico for his son, and perhaps eventually return to Mexico. 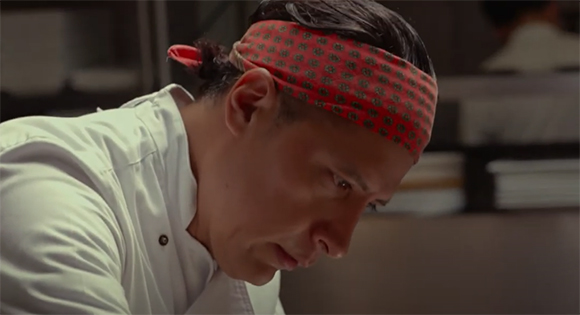 This adds up to more adventure than Geraldo can handle with his established career, and he turns down Ivan's offer to join him. Sandra takes his place, and they end up in Queens. But the jobs they can get are hardly soul-stretching. Ivan ends up washing cars and delivering food.

I Carry You With Me is directed by Heidi Ewing whose creative film-making career includes Jesus Camp, a scary and enlightening documentary about the training of evangelical soldiers for new battles in the culture wars; Norman Lear: Just Another Version of You, an entertaining documentary on the television writer and producer who pioneered socially relevant television in the United States; and The Boys of Baraka, a documentary that charts an experimental educational program that takes African-American boys from the ghetto streets of Baltimore to the wilderness of Kenya. 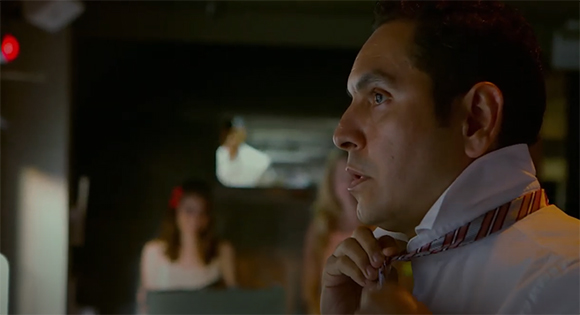 I Carry You with Me is Ewing's narrative feature debut, but since it is based on a true story and the real-life Ivan and Gerardo appear in the second half of the film, it incorporates elements we've seen in her documentaries: a focus on individuals squaring off against their society's prejudices and lack of opportunities. She co-wrote the screenplay with Alan Page Arriaga, and it sparkles with an abundance of interesting characters and pro-social ideals which lift our spirits despite its heavy and sobering subjects such as illegal immigration, poverty, prejudice, homophobia, and an assortment of American Dreams.

Surprise, which has been categorized as one of seven universal expressions, is also abundant throughout this story. Just when you think things are going in one direction, they take a surprising turn. In our time, when surprises are too often upsetting, a movie like this one is most welcome. It evokes many emotions, travels light, accentuates our shared humanity, opens new doors for us, and gives us goosebumps and a-ha! moments.