Totally Under Control is streaming for free until Election Day. Go to Neon to watch.

There are plenty of horror shows streaming day after day in the United States but perhaps the scariest you can see now is Totally Under Control, an examination of the spread of the COVID-19 virus over the past nine months. Billing itself as "the definitive account of the Trump administration's incompetence, corruption, and denial in the face of this global pandemic," it begins with the discovery of the first cases of the disease on February 20, 2020, in the U.S. and South Korea and then goes on to compare what happened in each country.

In the U.S., the coronavirus led to widespread lockdowns of schools, businesses, and other establishments, with dire economic effects, and took the lives of more than 220,000 people (as of Oct. 12, 2020). In South Korea, quick action and widespread testing led to minimal lockdowns and only 434 deaths (to date) out of a population of 51 million.

Alex Gibney is a hard-hitting, prolific, skilled and sensitive documentarian who has created thought-provocative films like Enron: The Smartest Guys in the Room (energy company greed), Going Clear (scientology), Taxi to the Dark Side (American torture in Afghanistan) Mea Maxima Culpa: Silence in the House of God (sexual abuse by Catholic clergy), Steve Jobs: The Man in the Machine (wildly successful entrepreneur), Zero Days (cyber warfare), and many more. He has a knack for getting those who are interviewed to talk about ethical issues and the impact of official activities on the general public. 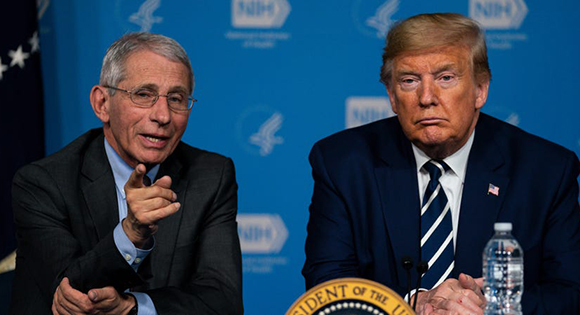 Now Gibney, along with co-directors Suzanne Hillinger and Ophelia Harutyunyan, had made a documentary that reveals the many ways in which President Donald Trump, his team in the White House, government officials, scientists, and health executives failed to protect the American people from COVID-19 because they put their personal power, political advantage, and business success above mitigating the spread of this deadly virus. From the earliest days of the pandemic, Trump was more interested in his reelection prospects than anything the scientists and public health officials were telling him.

If you've been following the COVID news, you may think you know the story behind the U.S. government's response. But we learned new things from this documentary. Such as, when Trump's son-in-law Jared Kushner was put in charge of the supply chain for personal protective equipment (PPE) for health care workers, he recruited a group of college-age volunteers and charged them with the task; none of them had any experience in supply chain work, and they ended up not acquiring a single order of supplies. Meanwhile, state governors were left bidding against each other and FEMA for desperately needed PPE. 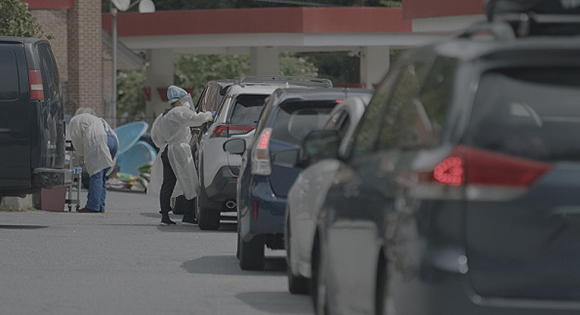 Then there is the full story of the lost month in the early spring when the CDC's test kit for the virus proved faulty but no new test or adjusted test was distributed to labs. All the while the virus was spreading through communities undetected. Yet months later, when more tests were available, the President wanted to slow walk testing so the numbers did not look so bad. That had been his stance very early on when he said he preferred a cruise ship not discharge its American passengers because they would affect the counts.

After years of watching documentaries dealing with contemporary events, we have grown tired of those who dismiss this kind of up-to-the-minute reporting by arguing that you can't assess the meaning of events by only looking at the short term. Gibney proves them wrong time and again. String a few of his documentaries together, and you will see a portrait of a world that is rapidly going off the deep end socially, economically, politically, and especially ethically. Watch a film like Totally Under Control with an open heart and mind, and you will find yourself asking that old spiritual question about personal commitment and activism, "If not now, when?"